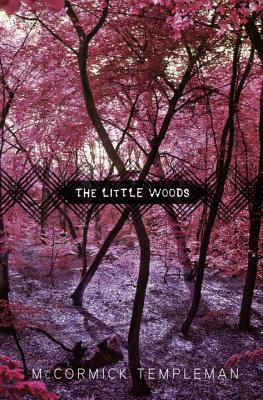 "With swift pacing and sure-footed plotting, a conventional murder mystery laced with a touch of creepiness, and an honest portrayal of hormones outrunning hearts, this is sure to attract a broad fan base," declared The Bulletin in a starred review.

Are the woods behind St. Bede's Academy really haunted, or does bad stuff just happen there? When Calista Wood, a new student, arrives midway through her junior year, St. Bede's feels like a normal school... until she discovers that a girl had disappeared a couple of months earlier. Some kids think she ran away, others think she was murdered, but it's only when Cally starts digging around that she finds the startling truth.

Watch as Cally enters a world of privilege, weekend-long parties, high school romances, and... well-kept secrets. This page-turner will appeal to teens looking for a fast-paced thriller. Written in a voice at once gripping and crystal clear, debut novelist, McCormick Templeman, will take readers on a twisting and turning journey as only a "new girl" can experience.

Praise For The Little Woods…

Starred Review, The Bulletin of the Center for Children's Books, September 2012:
“With swift pacing and sure-footed plotting…this is sure to attract a broad fan base.”

McCORMICK TEMPLEMAN is a graduate of Reed College, holds two master's degrees, and is a licensed acupuncturist and herbalist. Ms. Templeman attended a school not unlike St. Bedes as a high schooler.
Loading...
or
Not Currently Available for Direct Purchase