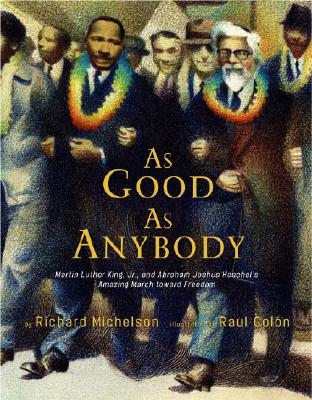 
Praise For As Good as Anybody…

Richard Michelson is an award-winning poet and children's book author whose work has been praised by Elie Wiesel as "deeply moving." He lives in Northampton, Massachusetts.

Raul Colon is the recipient of both Gold and Silver Medals from the Society of Illustrators. He lives in New City, New York.
Loading...
or
Not Currently Available for Direct Purchase