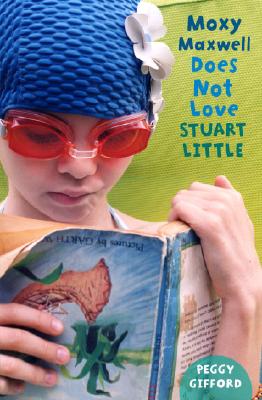 Here's the first book in the hilarious Moxy Maxwell series, which includes Moxy Maxwell Does Not Love Writing Thank-you Notes and Moxy Maxwell Does Not Love Practicing the Piano. It wasn't as if Moxy hadn't tried to do her summer reading. She and Stuart Little had been inseparable all summer, like best friends. If Stuart Little wasn't in her backpack, it was in her lap . . . or holding up the coffee table . . . or getting splashed when Moxy went swimming. But now it's the end of August—the day before fourth grade. And if Moxy doesn't read all of Stuart Little immediately, there are going to be "consequences."


“The short, sassy chapters have an immediacy that may have readers wringing their hands as the clock ticks down.”—Booklist

Peggy Gifford's original plan was to become a famous (but really nice) actress. But after touring Ohio as Winnie-the-Pooh, she decided to become a writer instead. She holds an MFA from the Iowa Writer's Workshop, and her work has appeared in the "Iowa Review," the "Antioch Review," and women's magazines like "Redbook." This is her first novel for children. She lives in New York, New York and Myrtle Beach, South Carolina. Valorie Fisher is the author-illustrator of "How High Can a Dinosaur Count?," which recevied two starred reviews, among other titles. Her first two picture books, "My Big Brother "and "My Big Sister"--both Oppenheim Toy Portfolio Platinum Award winners--were, like "Moxy Maxwell," illustrated with photographs. She lives in Cornwall, Connecticut. "From the Hardcover edition."
Loading...
or
Not Currently Available for Direct Purchase