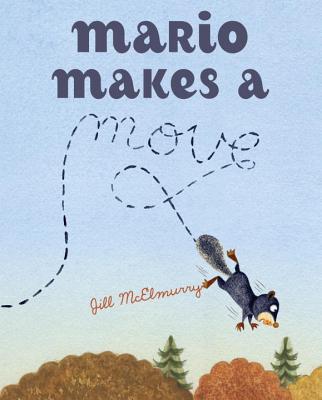 According to Publishers Weekly in a starred review, this picture book "capture[s] the exuberance of the creative spirit alongside the quirks of a character accepting his limitations." Mario is a squirrel who loves to invent amazing moves, like the Super Looper and Tail, Don't Fail. But though his parents ooh and ahh at whatever he does, his friend Isabelle is not so easily impressed. When she points out that anyone can have a move, Mario must find some other way to stand out.

Sometimes being amazing is hard work, as shown in this zany yet accessible picture book from Jill McElmurry, illustrator of The One and Only Marigold and Little Blue Truck. Young readers will instantly recognize themselves in Mario, as he searches for his one-of-a-kind talent. Here is a hilarious read-aloud that will have little ones oohing and ahhing—and trying out some moves of their own.


Praise For Mario Makes a Move…

Starred Review, Publishers Weekly, March 12, 2012:
“Her [McElmurry] text and watercolor artwork capture the exuberance of the creative spirit alongside the quirks of a character accepting his limitations…the scenes will have readers longing for crisp autumn air.”

JILL MCELMURRY is the author and illustrator of "I'm Not a Baby!, Mad About Plaid, "and "Mess Pets." Her art for Florence Parry Heide's "The One and Only Marigold, " "infuses even more humor into the already laugh-out-loud stories," said "Kirkus Reviews, " in a starred review. She is also the illustrator of Alice Schertle's "Little Blue Truck, " Lillian Moore's "I'm Small and Other Verses, " Dayle Ann Dodds's "The Kettles Get New Clothes, " Ruthie Knapp's "Who Stole Mona Lisa?, " and Stephanie Spinner's "It's A Miracle!: A Hanukkah Storybook. "Visit her at jillmcelmurry.com.
Loading...
or
Not Currently Available for Direct Purchase