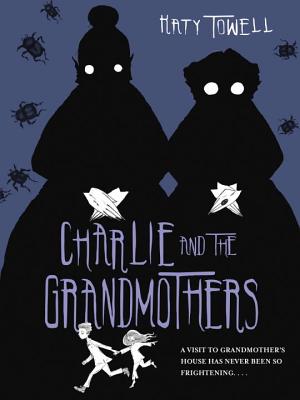 Charlie and the Grandmothers

A visit to Grandmother's house has never been so frightening. . . .
Charlie and Georgie Oughtt have been sent to visit their Grandmother Pearl, and this troubles Charlie for three reasons. The first is that he's an exceptionally nervous twelve-year-old boy, and he worries about everything. The second is that the other children in his neighborhood who pay visits to their grandmothers never seem to return. And the third is that Charlie and Georgie don t have any grandmothers.
Upon their arrival, all of Charlie's concerns are confirmed, as Grandmother Pearl quickly reveals herself to be something much more gruesome than even Charlie's most outlandish fears could have predicted. He and Georgie are thrust into a creepy underworld created from stolen nightmares, where monsters disguised as grandmothers serve an ancient, evil queen by holding children captive as they slowly sap each one of their memories and dreams.
But something is different about Charlie. His worrisome nature, so often a burden, proves an asset in this frightening world. Will he be able to harness this newfound power to defeat the queen and save his sister?

Katy Towell is an artist, creative director, and writer in Portland, Oregon, with dreams of one day being the scary old lady in the house about whom all the neighborhood children tell ghost stories. She is also the author of Skary Childrin and the Carousel of Sorrow, and is the creator of the Childrin R Skary website.Learn more about Katy and her books at skary.net or on Twitter at @katytowell. From the Hardcover edition."
Loading...
or
Not Currently Available for Direct Purchase