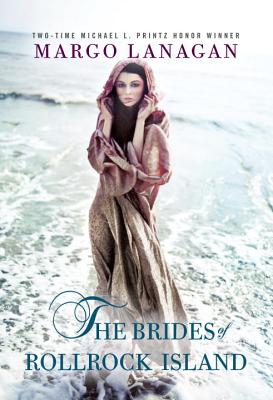 The Brides of Rollrock Island

On remote Rollrock Island, men go to sea to make their livings and to catch their wives.
The witch Misskaella knows the way of drawing a girl from the heart of a seal, of luring the beauty out of the beast. And for a price a man may buy himself a lovely sea-wife. He may have and hold and keep her. And he will tell himself that he is her master. But from his first look into those wide, questioning, liquid eyes, he will be just as transformed as she. He will be equally ensnared. And the witch will have her true payment.
Margo Lanagan weaves an extraordinary tale of desire, despair, and transformation. With devastatingly beautiful prose, she reveals characters capable of unspeakable cruelty, but also unspoken love.


Praise For The Brides of Rollrock Island…


"I've not been more moved by a book in years...It’s a wistful book, but wondrous. It will break your heart, and remake it.”

"A haunting, masterfully crafted novel that, as one should by now expect from Lanagan, isn’t a bit like anything else."

Starred Review, Kirkus Reviews, July 15, 2012:
"Bracing, powerful, resonant. . . . Earthy, vigorous characters and prose ground the narrative in the world we know, yet its themes are deep as the sea."

Starred Review, The Bulletin of the Center for Children's Books, September 2012:
"Like Lanagan’s previous Tender Morsels, this eerie, evocative story breathes mesmerizing life into familiar fairy-tale constructs as it explores issues of power, agency, culpability, freedom, and love within a deceptively quiet atmosphere of intimate horror."

"I am in thrall to Margo Lanagan's voice. This is a marvelous book, full of magic and cunning." ―Kelly Link, award-winning author of Stranger Things Happen, and founder of Small Beer Press

"A brilliantly written and fascinating novel from the weird but wonderful mind of Margo Lanagan." ―Garth Nix, bestselling author of the Old Kingdom Chronicles

"Breathtaking. Margo Lanagan raises the bar with every story she tells." ―Melina Marchetta, winner of the Printz Award for Jellicoe Road