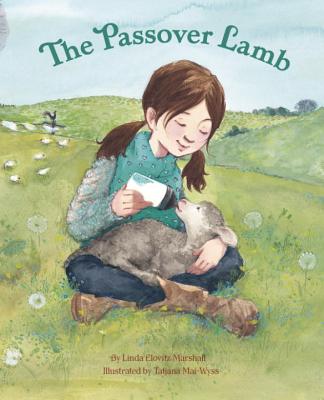 When a sheep on her family's farm starts acting strangely, Miriam is worried. Spring lambing season is over, so what could be wrong with Snowball? Then surprise the sheep gives birth to triplets When she realizes that the mother has enough milk for only two of her newborns, Miriam knows that the third baby will have to be bottle-fed every four hours. But it's almost Passover, and the family is about to leave for her grandparents' seder. And it's Miriam's turn this year to ask the Four Questions, which she's been practicing for weeks When Miriam's father decides that they must stay home to care for the lamb, it's up to Miriam to think of a clever and hilariously fitting way to rescue both the baby lamb and her family's holiday.
Author Linda Marshall based this out-of-the-ordinary Passover tale on a true event that took place on her own farm, weaving in details about sheep farming and infusing it with the warmth shared by a loving family. Readers will root for Miriam and her Passover lamb

LINDA ELOVITZ MARSHALL grew up near Boston, graduated from Barnard College, and raised four children and a flock of sheep on a farm in the Hudson River Valley. The author of several picture books, Linda still lives on the farm with her husband, Bob.

TATJANA MAI-WYSS always wished she could draw the pictures in the books she read as a child, so she became an artist. She has illustrated many books, most recently" A Song for My Sister" by Lesley Simpson. Originally from Switzerland, she now lives in sunny South Carolina.
or
Not Currently Available for Direct Purchase
Copyright © 2020 American Booksellers Association