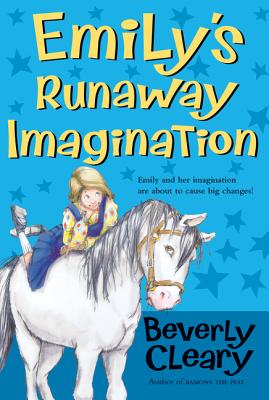 Spunky Emily Bartlett lives in an old farmhouse in Pitchfork, Oregon'at a time when automobiles are brand-new inventions and libraries are a luxury few small towns can afford. Her runaway imagination leads her to bleach a horse, hold a very scary sleepover, and feed the hogs an unusual treat. But can she use her lively mind to help bring a library to Pitchfork?

Tracy Dockray is a fine artist and illustrator who has contributed to more than twenty illustrated books, including the bestselling Grimm's Grimmest, Delia at the Delano, and all of Beverly Cleary's highly popular children's books, most notably Ramona. A member of the Society of Illustrators, she holds an MFA from Pratt and lives in New York City.