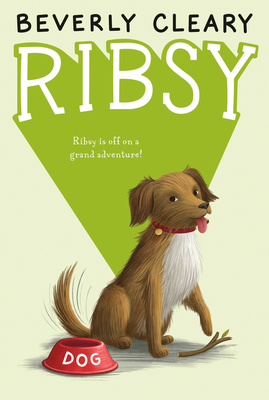 Newbery Medal-winning author Beverly Cleary gives Henry's dog, Ribsy, center stage in this dog's eye view of the adventure of a lifetime. This classic story about a dog and his boy is as fresh and funny as ever!

Good ol' Ribsy's ever-curious mind has always gotten him into trouble, but this time he may have gone too far. After a comical turn of events, Ribsy finds himself in the wrong station wagon with the wrong children.

Ribsy will do anything to find Henry, but there's plenty of excitement to be had along the way—and scoring a touchdown for a local high school team is only part of the fun!

For kids looking for a fast, funny dog story, Ribsy is a winner.

“Mrs. Cleary’s style is, as always, refreshing; The characters are real, the dialogue is lively, the humor is unquenchable.”
— The Bulletin for the Center for Children's Books