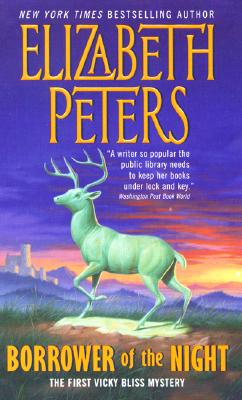 Borrower of the Night

Meet art historian Vicky Bliss, She is as beautiful as she is brainy--with unassailable courage, insatiable curiosity, and an expertise in lost museum treasures that often leads her into the most dangerous of situations.

A missing masterwork in wood, the last creation of a master carver who died in the violent tumult of the sixteenth century, may be hidden in a medieval German castle in the town of Rothenburg. The prize has called to Vicky Bliss, drawing her and an arrogant male colleague into the forbidding citadel and its dark secrets. But the treasure hunt soon turns deadly. Here, where the blood of the long forgotten damned stains ancient stones, Vicky must face two equally perilous possibilities. Either a powerful supernatural evil inhabits this place. . .or someone frighteningly real is willing to kill for what Vicky is determined to find.