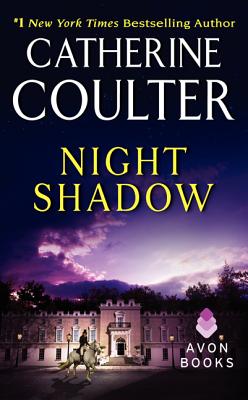 You met Knight Winthrop, Viscount Castlerosse, in Night Fire. He's the quintessential Regency bachelor, very happy with his life just the way it is. Then Lily shows up on his doorstep claiming she was betrothed to his murdered cousin. With her are his cousin's three children. She has no money, nowhere to go. What's even worse—Ugly Arnold is hard on her heels.

So what's Knight supposed to do now? He takes them in and kisses his former life goodbye.

I hope you'll laugh your socks off at the antics of Laura Beth, Sam, and Theo—and at how the very clever, creative Lord Castlerosse deals with this new species.

How does he deal with Lily? Read on, you'll love it.

Catherine Coulter is the #1 New York Times bestselling author of eighty-four novels, including the FBI Thriller series and A Brit in the FBI international thriller series, cowritten with J.T. Ellison. Coulter lives in Sausalito, California, with her Übermensch husband and their two noble cats, Peyton and Eli. You can reach her at ReadMoi@Gmail.com or visit Facebook.com/CatherineCoulterBooks.