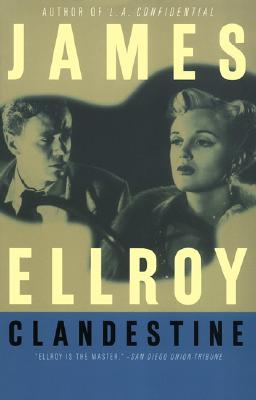 Fred Underhill is a young cop on the rise in Los Angeles in the early 1950's -- a town blinded to its own grime by Hollywood glitter; a society nourished by newspaper lies that wants its heroes all-American and squeaky clean. A chance to lead on a possible serial killing is all it takes to fuel Underhill's reckless ambition - and it propels him into a dangerous alliance with certain mad and unstable elements of the law enforcement hierarchy. When the case implodes with disastrous consequences, it is Fred Underhill who takes the fall. His life is in ruins, his promising future suddenly a dream of the past. And his good and pure love for a crusading woman lawyer has been corrupted and may not survive. But even without the authority of a badge, Fred Underhill knows that his only hope for redemption lies in following the investigation to its grim conclusion. And the Hell to which he has been consigned for his sins is the perfect place to hunt for a killer who hungers but has no soul.

James Ellroy was born in Los Angeles in 1948. His L.A. quartet -- The Black Dahlia, The Big Nowhere, L.A. Confidential and White Jazz -- were international bestsellers. American Tabloid was Time's Novel of the Year in 1995; his memoir My Dark Places was Time's Best Book and a New York Times Notable book for 1996. His novel The Cold Six Thousand was a New York Times Notable Book and Los Angeles Times Best Book for 2001. He lives on the coast of California.