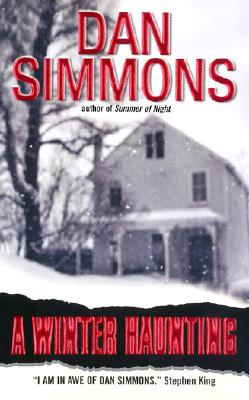 A once-respected college professor and novelist, Dale Stewart has sabotaged his career and his marriage -- and now darkness is closing in on him. In the last hours of Halloween he has returned to the dying town of Elm Haven, his boyhood home, where he hopes to find peace in isolation. But moving into a long-deserted farmhouse on the far outskirts of town -- the one-time residence of a strange and brilliant friend who lost his young life in a grisly "accident" back in the terrible summer of 1960 -- is only the latest in his long succession of recent mistakes. Because Dale is not alone here. He has been followed to this house of shadows by private demons who are now twisting his reality into horrifying new forms. And a thick, blanketing early snow is starting to fall ...

Dan Simmons is the Hugo Award-winning author of Hyperion and The Fall of Hyperion, and their sequels, Endymion and The Rise of Endymion. He has written the critically acclaimed suspense novels Darwin's Blade and The Crook Factory, as well as other highly respected works, including Summer of Night and its sequel A Winter Haunting, Song of Kali, Carrion Comfort, and Worlds Enough & Time. Simmons makes his home in Colorado.