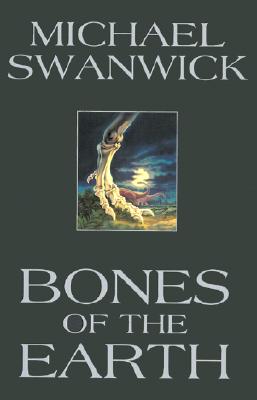 Bones of the Earth

Paleontologist Richard Leyster has achieved professional nirvana: a position with the Smithsonian Museum plus a groundbreaking dinosaur fossil site he can research, publish on, and learn from for years to come. There is nothing that could lure him away -- until a disturbingly secretive stranger named Griffin enters Leyster's office with an ice cooler and a job offer. In the cooler is the head of a freshly killed Stegosaurus.

Griffin has been entrusted with an extraordinary gift, an impossible technology on loan to humanity from unknown beings for an undisclosed purpose. Time travel has become a reality millions of years before it rationally could be. With it, Richard Leyster and his colleagues can make their most cherished fantasy come true. They can study the dinosaurs up close, in their own time and milieu.

Now, suddenly, individual lives can turn back on themselves. People can meet, shake hands, and converse with their younger versions at various crossroads in time. One wrong word, a single misguided act, could be disastrous to the project and to the world. But Griffin must make sure everything that is supposed to happen does happen -- no matter who is destined to be hurt... or die.

And then there's Dr. Gertrude Salley -- passionate, fearless, and brutally ambitious -- a genius rebel in the tight community of "bone men" and women. Alternately both Leyster's and Griffin's chief rival, trusted colleague, despised nemesis, and inscrutable lover at various junctures throughout time, Salley is relentlessly driven to screw with the working mechanisms of natural law, audaciously trespassing in forbidden areas, pushing paradox to the edge no matter what the consequences may be. And, when they concern the largest, most savage creatures that ever lived, the consequences may be terrifying indeed.

Michael Swanwick is the author of a novella, two short story collections, and four critically acclaimed novels: Vacuum Flowers; the Nebula Award-winning Stations of the Tide; The Iron Dragon's Daughter, which was named a New York Times Notable Book of the Year and nominated for a World Fantasy Award; and Jack Faust, also a New York Times Notable Book. Mr. Swanwick lives with his wife and son in Philadelphia, PA.
Loading...
or
Not Currently Available for Direct Purchase