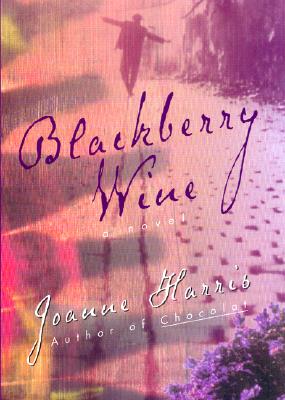 As a boy, writer Jay Mackintosh spent three golden summers in the ramshakle home of Joseph "Jackapple Joe" Cox in the tiny English town of Kirby Mockton.  Jay found solace in old Joe's simple wisdom and folk charms, in his stories of far travel and wild adventure, and in his astonishing ability to make anything grow lush and luxurious.  And then there were Joe's "Specials," his homebrewed wines, each bottle containing the sparkle of something truly magical.  The magic was lost, though, when Joe disappeared without warning one fall.

Years later, Jay's life is stalled with regret and emnui.  His novel Jackapple Joe was his artistic zenith, but it had been published ten years earlier and he has not been able to write a serious work since.  When an unsolicited real estate brochure arrives in the afternoon mail, he impulsivley abandons every urban thing he knows.  sight unseen, he purchases a farmhouse in the remote French village of Lansquenet, in an attempt to recapture the magic that vanished twenty years ago.

Now Jay is packing up a few belongings-and the last remaining bottles og Joe's "Specials"-and relocating to the sleepy village rich in stories of its own is calling to him.  There, in the strange yet strangely familiar place-and in the dark, guarded secrets of a reclusive woman and her young child-Jay Mackintosh hopes to find himself again.  for he feels that somehow, as impossible as it seems, "Jackapple Joe" is waiting for him there.

A lovely and lyrical novel of myriad enchantments, Blackberry Wire is a rare treat for the mind, the heart and the senses from an extraordinary literary talent.