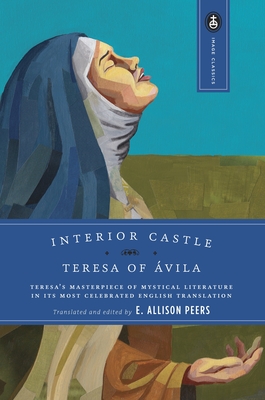 A cornerstone book on mystical theology, Interior Castle describes the seven stages of union with God. Using everyday language to explain difficult theological concepts, Teresa of Avila compares the contemplative life to a castle with seven chambers. Tracing the passage of the soul through each successive chamber, she draws a powerful picture of the path toward spiritual perfection. It is the most sublime and mature of Teresa's works, offering profound and inspiring reflections on such subjects as self-knowledge, humility, detachment, and suffering.

One of the most celebrated works on mystical theology in existence, as timely today as when St. Teresa of Avila wrote it centuries ago, this is a treasury of unforgettable maxims on self-knowledge and fulfillment.

TERESA OF ÁVILA (1515-82), also called St. Teresa of Jesus, was a Spanish nun and one of the great mystics and religious women of the Roman Catholic Church. She was the leader of the Carmelite Reform, which restored and emphasized the austerity and contemplative character of this religious order. Canonized in 1622, she was elevated to Doctor of the Church by Pope Paul VI in 1970, the first woman to be so honored.


E. ALLISON PEERS is the translator of many great works of Spanish verse and mysticism.
Loading...
or support indie stores by buying on