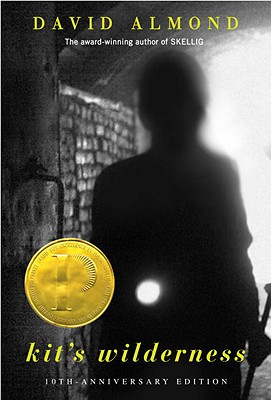 "The Printz Award-winning classic gets a new look.
"Written in haunting, lyrical prose, "Kit's Wilderness "examines the bonds of family from one generation to the next, and explores how meaning and beauty can be revealed from the depths of darkness.
The Watson family moves to Stoneygate, an old coal-mining town, to care for Kit's recently widowed grandfather. When Kit meets John Askew, another boy whose family has both worked and died in the mines, Askew invites Kit to join him in playing a game called Death. As Kit's grandfather tells him stories of the mine's past and the history of the Watson family, Askew takes Kit into the mines, where the boys look to find the childhood ghosts of their long-gone ancestors.
"
A Michael L. Printz Award Winner
An ALA Notable Book
A "Publishers Weekly "Best Book.

DAVID ALMOND grew up in a large family in northeastern England and says, "The place and the people have given me many of my stories." His first novel for children, "Skellig, " was a Michael L. Printz Honor Book and an ALA-ALSC Notable Children's Book and appeared on many best book of the year lists. His second novel, "Kit's Wilderness, " won the Michael L. Printz Award for Excellence in Young Adult Literature.
Loading...
or support indie stores by buying on
(This book is on backorder)