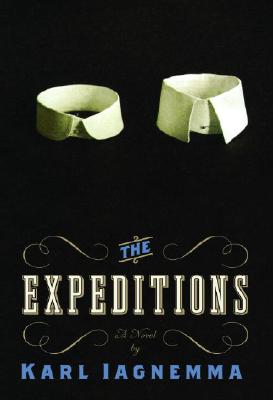 From Karl Iagnemma, recipient of the Paris Review Plimpton Prize, comes a fierce and gorgeous story of an estranged father and son’s unlikely journey though the wilderness of nineteenth-century America.

The year is 1844. Sixteen-year-old runaway Elisha Stone is in Detroit, a hardscrabble frontier town on the edge of the civilized world. A canny survivor with the instincts of a born naturalist, Elisha signs on to an expedition into Michigan’s vast, uncharted Upper Peninsula. The party is led by two charismatic adventurers: Silas Brush, a ruthless land-grabbing ex-soldier, and George Tiffin, a quixotic professor desperate to discover proof of his unorthodox theories about the origins of man.

On the eve of the expedition’s departure, Elisha pens a heartfelt letter to his mother in Newell, Massachusetts. But it is Elisha’s estranged father, the Reverend William Edward Stone, who opens the envelope. Grief-stricken by the recent death of his wife —a death Elisha could not have known about—Reverend Stone is jolted into action: he must find his son.

What follows is a powerful narrative about the complex love between fathers and sons and an evocative portrait of an era of faith, wonder, and violence. While Elisha’s journey draws him deeper into uncharted territory, Reverend Stone must navigate through a country in turmoil as he moves toward an inevitable reunion with a son who has become a stranger. A first novel of uncommon wisdom, The Expeditions is the confirmation of an extraordinary talent.


Praise For The Expeditions…

“In these engaging “Expeditions,” Iagnemma brilliantly contrasts father and son, religion and science, exploration and exploitation. His energetic and thoughtful novel captures a culture, and a loving family, at a crucial moment of change."—Andrea Barrett, National Book Award-winning author of Ship Fever and Pulitzer Prize Fiction Finalist for Servants of the Map


“Iagnemma’s robust command of language creates an equilibrium between the [novel’s] two narratives, marrying the poetry of science with the promise of salvation.”—Kirkus Reviews

“Emotionally powerful and beautifully wrought…. One of this novel's many and considerable strengths is the way in which the author refuses to stack the decks for or against either of his protagonists or their prospective ideas—the man of faith and the man of science. Each has his flaws and each his admirable strengths.”—Los Angeles Times