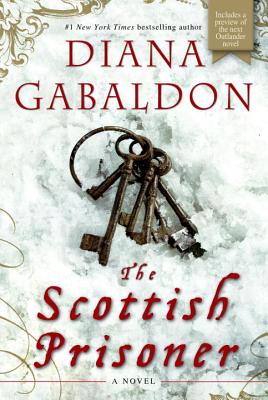 Includes a preview of the new novel in the Outlander series.

London, 1760. For Jamie Fraser, paroled prisoner-of-war in the remote Lake District, life could be worse: He’s not cutting sugar cane in the West Indies, and he’s close enough to the son he cannot claim as his own. But Jamie Fraser’s quiet existence is coming apart at the seams, interrupted first by dreams of his lost wife, then by the appearance of Tobias Quinn, an erstwhile comrade from the Rising.

Like many of the Jacobites who aren’t dead or in prison, Quinn still lives and breathes for the Cause. His latest plan involves an ancient relic that will rally the Irish. Jamie is having none of it—he’s sworn off politics, fighting, and war. Until Lord John Grey shows up with a summons that will take him away from everything he loves—again.

Lord John Grey—aristocrat, soldier, and occasional spy—finds himself in possession of a packet of explosive documents that exposes a damning case of corruption against a British officer. But they also hint at a more insidious danger. Time is of the essence as the investigation leads to Ireland, with a baffling message left in “Erse,” the tongue favored by Scottish Highlanders. Lord John, who oversaw Jacobite prisoners when he was governor of Ardsmiur prison, thinks Jamie may be able to translate—but will he agree to do it?

Soon Lord John and Jamie are unwilling companions on the road to Ireland, a country whose dark castles hold dreadful secrets, and whose bogs hide the bones of the dead. A captivating return to the world Diana Gabaldon created in her Outlander and Lord John series, The Scottish Prisoner is another masterpiece of epic history, wicked deceit, and scores that can only be settled in blood.

Diana Gabaldon is the "New York Times" bestselling author of the wildly popular Outlander novels--"Outlander, Dragonfly in Amber, Voyager, Drums of Autumn, The Fiery Cross, A Breath of Snow and Ashes "(for which she won a Quill Award and the Corine International Book Prize), and "An Echo in the Bone"--as well as one work of nonfiction, "The Outlandish Companion;" the Outlander graphic novel "The Exile"; and the bestselling series featuring Lord John Grey, a character she introduced in her Outlander series. She lives in Scottsdale, Arizona.
Loading...
or
Not Currently Available for Direct Purchase