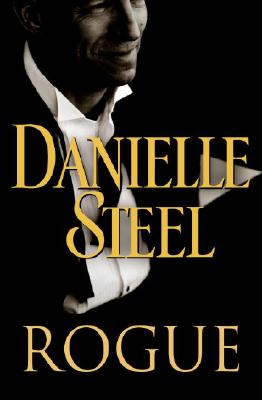 Meet Maxine Williams, a dedicated doctor with three great kids, a challenging career, and the perfect new man in her life. Her only problem? Her irresistibly charming, utterly infuriating ex-husband, aka the . . .
Rogue
Being married to Blake had been an amazing adventure for Maxine. Brilliant, charismatic, and wholly unpredictable, Blake Williams made millions and grabbed headlines as a dot-com entrepreneur. His only shortcoming was as a husband first his work and then his never-ending quest for fun kept him constantly on the move, far away from Maxine and his family. For five years Blake and Maxine have worked out an odd but amicable divorce, with friendly though infrequent visits, a yacht he lends her every summer, and three children they both adore. Blake enjoys his globe-trotting lifestyle dating a succession of beautiful, famous, and very young women while Maxine raises their kids in Manhattan and pursues her passion, working as a psychiatrist, a world-renowned expert on childhood trauma and adolescent suicide. Then everything changes .
For Maxine it starts when she falls in love with Dr. Charles West, a man who is everything Blake is not mature, grounded, and present. For Blake it begins when a devastating earthquake strikes near one of his palatial foreign homes and he sees hundreds of orphaned children in need of shelter. Now Blake wants Maxine in his life again as a partner in a humanitarian project that could change countless lives. For Maxine the choice is clear. But Blake's sudden transformation from carefree playboy to compassionate, responsible grown-up raises questions she's never managed to answer . . . and some she's afraid to ask. After all, Maxine is on the cusp of a new life, about to marry Charles, and almost certain that Blake Williams, aka the Rogue, is a man capable of doing anything except change .
An unforgettable story of two people pursuing happiness from opposite directions, Rogue is a journey of choices and the amazing opportunities that come together just when life seems to have been successfully rearranged at last.

Danielle Steelhas been hailed as one of the world s most popular authors, with over 650 million copies of her novels sold. Her many international bestsellers includeCountry, Prodigal Son, Pegasus, A Perfect Life, Power Play, Winners, First Sight, Until the End of Time, The Sins of the Mother, and other highly acclaimed novels. She is also the author ofHis Bright Light, the story of her son Nick Traina s life and death;A Gift of Hope, a memoir of her work with the homeless;Pure Joy, about the dogs she and her family have loved; and the children s bookPretty Minnie in Paris."

“Steel keeps the pages turning and offers a satisfying twist at the book’s end that most readers won’t see coming.”—Publishers Weekly