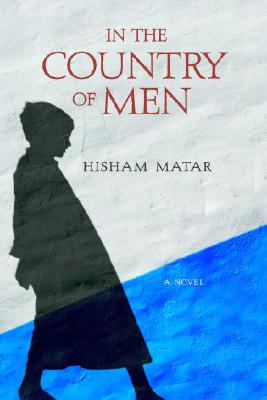 In the Country of Men

Libya, 1979. Nine-year-old Suleiman’s days are circumscribed by the narrow rituals of childhood: outings to the ruins surrounding Tripoli, games with friends played under the burning sun, exotic gifts from his father’s constant business trips abroad. But his nights have come to revolve around his mother’s increasingly disturbing bedside stories full of old family bitterness. And then one day Suleiman sees his father across the square of a busy marketplace, his face wrapped in a pair of dark sunglasses. Wasn’t he supposed to be away on business yet again? Why is he going into that strange building with the green shutters? Why did he lie?

Suleiman is soon caught up in a world he cannot hope to understand—where the sound of the telephone ringing becomes a portent of grave danger; where his mother frantically burns his father’s cherished books; where a stranger full of sinister questions sits outside in a parked car all day; where his best friend’s father can disappear overnight, next to be seen publicly interrogated on state television.

In the Country of Men is a stunning depiction of a child confronted with the private fallout of a public nightmare. But above all, it is a debut of rare insight and literary grace.

Praise For In the Country of Men…

"A poetic and powerful account ... resonant with the details of a Libyan childhood.”—Wall Street Journal

“Graceful.... Quietly, but with the insistence of a tolling bell, Matar lays bare for Suleiman both public and private worlds of overlapping male power, role models, standards and styles. At its intimate center, the novel calibrates the boy's shifting, decreasingly innocent perspective as he himself becomes implicated by cruelty and betrayal.”—Atlanta Journal-Constitution

“Matar is a careful, controlled writer. His restraint—the spaces and the light between his words —make reading his work a physical as well as an emotional experience.”—Los Angeles Times


“Moving ... complex .... [Readers will] be haunted by Suleiman, his fate and his eventual awakening to the complexities of adult relationships.”—Seattle Times

“Matar writes in a voice that shifts gracefully between the adult exile looking back and the young boy experiencing these events through his limited, confused point of view.... This sad, beautiful novel captures the universal tragedy of children caught in their parents' terrors.”—Washington Post Book World

“A remarkably perceptive and affecting portrait of a young boy's premature political awakening.... [Matar] expertly builds an atmosphere of palpable tension, and though this novel never delves directly into politics, the menacing pall cast by political tyranny looms over the proceedings.”—Miami Herald

Hisham Matar was born in 1970 in New York City to Libyan parents and spent his childhood in Tripoli and Cairo. He lives in London and is currently at work on his second novel.