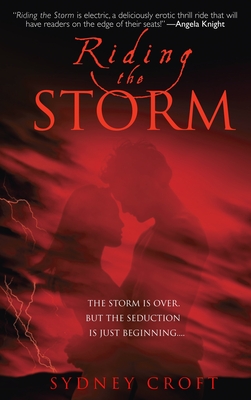 A storm’s rage. A woman’s desire.

A man with the power to set them both free.

He can summon lightning at will. Emerge unscathed from the center of a tornado. Strip a woman down to her barest defenses through the sheer force of his sexuality. He’s gorgeous, dangerous, and the target of parameteorologist Haley Holmes’s latest mission. Haley has been dispatched to the Louisiana bayous to investigate the phenomenon known as Remy Begnaud–a man with a gift he never wanted: the ability to control a storm’s fury. But even a woman trained in bizarre weather phenomena has no defense against the electrifying power of the ex—Navy SEAL...a power his enemies would kill to control.

Sydney Croft is the pseudonym for two other authors who each write under their own names. This is their first novel together.
Loading...
or
Not Currently Available for Direct Purchase