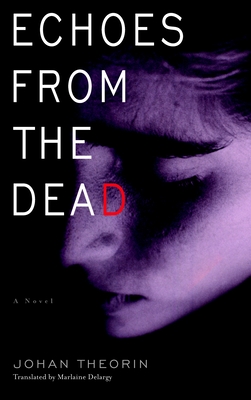 Echoes from the Dead (The Oland Quartet #1)

On a gray September day, on an island off the coast of Sweden, six -year -old Jens Davidsson ventured out of his backyard, walked out into a fog, and vanished….Now twenty years have passed, and in this magnificent debut novel of suspense—a runaway bestseller in Sweden—the boy’s mother returns to the place where her son disappeared, drawn by a chilling package sent in the mail… In it, lovingly wrapped, is one of Jens’ sandals—sandals Julia Davidsson put on her son’s feet that very last morning.

Now, with only a handful of clues, Julia and her father are questioning islanders who were present the day Jens vanished—and making a shocking connection to Öland’s most notorious murder case: the killing spree of a wealthy young man who fled the island and died years before Jens was even born. Suddenly the island that once seemed so achingly familiar turns strange and dangerous… Until Julia finds herself facing truths she never imagined—about what really happened on that September day twenty years ago, about who may have crossed paths with little Jens in the fog, and how a child could truly vanish without a trace…until now.

Praise For Echoes from the Dead (The Oland Quartet #1)…

“Will remind many of Henning Mankell both in its thematic intensity and dark tone.”—Publishers Weekly

“Intricacy and suspense... the ending caught me by surprise.”—Kansas City Star

"A splashy debut ... with some mind-bending twists near the end."—Houston Chronicle

"The right measure of pathos, fear and suspense."—Rocky Mountain News

"Rich in characterization ... [and] the ending packs a stunning surprise."—Boston Globe

Johan Theorin was born in 1963 in Gothenburg, Sweden, and has spent every summer of his life on northern Oland. He is a journalist and scriptwriter. His second novel, Night Blizzard, will be published by Delacorte in 2009.
Loading...
or
Not Currently Available for Direct Purchase