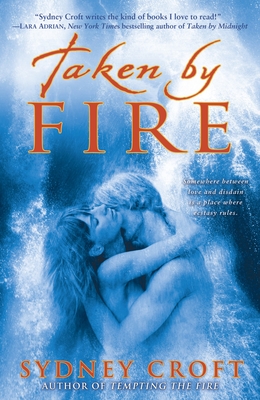 HIS MISSION WAS TO DESTROY HER.
BUT DESIRE GOT IN THE WAY.

A product of genetic manipulation, Melanie Milan shares a body with her malevolent sister, Phoebe. A sleek, blond predator with a heart of pure darkness, Phoebe puts their body through the wicked underbelly of sex for thrills—when she’s not igniting her pyrokinetic skills for an evil organization bent on taking over the world. Melanie rarely gets out to play—much less fall in love. But that changes when rival ACRO agent Stryker Wills shows up, with a mission to terminate the woman who torched his partner.

An operative with rare abilities, Stryker soon realizes that the woman he’s about to kill isn’t the murderous fire starter he’s been hunting. But he does want her. Melanie, with the power to ice anything in her path, is heating things up in ways that are setting fire to his blood. As long as Melanie stays in control, she is his best ally to bring down her sister and stop hellish havoc from being unleashed. Walking a tightrope of longing and hate, Stryker and Melanie begin to understand that true power lies in sweet surrender to each other, to the flames between them, to the erotic adventure that’s joined their hearts and abilities to become their salvation—and perhaps the world’s.

“[A] sizzling hot series that has never failed to keep my undivided attention . . . nothing short of brilliant.”—Fresh Fiction

Sydney Croft is the alter ego of two published authors who came together to blend their very different writing interests into adventurous tales of paranormal fiction. The first three novels in their ACRO series are Riding the Storm, Unleashing the Storm, and Seduced by the Storm.
Loading...
or
Not Currently Available for Direct Purchase