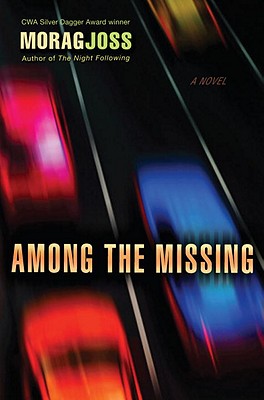 Three lives collide in the wake of an unforeseeable tragedy. When a bridge collapses in the Highlands of Scotland, dozens of commuters vanish into the freezing river below, swept by the currents toward the sea, and only an amateur video and the bridge's security camera record their last moments.
A woman tourist, whose car was filmed pulling onto the bridge seconds before it fell, is assumed to be among the missing. But in desperate need of money, she had sold the car only hours before. Now she can begin life over. Her path leads her to a spartan cabin on the bank of the river where, as Annabel, she is reborn, free from her past. Here she lives with Silva, an illegal immigrant whose predicament is compounded by the disappearance of her husband and their child. She waits for them each day, clinging to hope against overwhelming evidence.
The two women are befriended by the boatman Ron, and together they create a fragile sanctuary in the shadow of the bridge that has changed their lives. They keep secrets from one another, yet also connect in ways none of them expects. Lost souls all, they struggle to survive, to trust, and to love even as the consequences of the past prove inescapable.
A masterly novel about the invisible ties that bind us to our identities, to our histories, and to one another, Among the Missing soars with the peerless voice of the author described by P. D. James as an exciting talent. Morag Joss, with the psychological penetration and the finely wrought prose that are her hallmarks, spins a brilliant tale of damage and reparation, suspicion and salvation.

Praise For Among the Missing…

Advance praise for Among the Missing

“This remarkable novel has an abundance of suspense at its core, put forth in beautiful prose that all but glows on the page….The author keeps a jittery tension going as the novel spins toward its violent, grand-scaled finale. Like most thrillers with a literary bent, this one spends time with the thoughts and feelings of the characters. In lesser hands, this can be stultifying, especially if the people aren’t that interesting. But these two women have fascinating inner lives, and Joss details them in vivid, propulsive language.”

“A haunting, harrowing punch to the heart, Among the Missing is flat-out brilliant.  About the secrets we keep, the lives we are desperate to live, and the chances we miss, it’s a psychological dazzler.  Truly, one of my favorite books of this year—or any year.”
—Caroline Leavitt, New York Times bestselling author of Pictures of You

“Morag Joss has composed a thought-provoking pageturner, enwrapped it in beautiful language, and drawn characters you will be unable to shake.  Among the Missing vividly displays both the loveliness and the tragic consequences that can arise from the freedom to start over.
What Alice Sebold did for grief, Morag Joss has done for reconcilement.”
—David Cristofano, author of The Girl She Used to Be

“Morag Joss is a writer who knows the old truth that genuine suspense comes not from car chases or gunplay, but from the clash of conflicting hearts.  Her latest novel, Among the Missing, is evidence not of a rising talent, but of one already fully formed.”
—Thomas H. Cook, author of The Fate of Katherine Carr

“Vivid, intelligently written and thought-provoking, Among the Missing is a twisty and unputdownable novel.  The high-wire tension builds with such subtlety and finesse that you won't feel the shock of the ending until it's already upon you.”
—Linda Castillo, author of Breaking Silence

"Morag Joss's haunting and beautifully written novel about the disenfranchised will pull you under, into the watery psyches of her characters. Told in their own distinct voices, their stories--individual and collective--will have you riveted to the stunning end."
—Heather Sharfeddin, author of Damaged Goods

"Like a ticking bomb, Morag Joss's Among the Missing peels away the layers of human deception until what we are left with is a picture of ourselves. Among the Missing is the best thriller I've read in years.  Stunning and horrific, gentle yet terrifying, all at the same time. I loved this novel."
—Robert Ellis, author of The Lost Witness

“This beautifully nuanced tale of intertwined lives, loves and losses should be read slowly, the better to savor Morag Joss’s exquisite prose. I tried…but the inexorable ticking of the tightly-wound plot had me racing to the end.”
—Vicki Lane, author of Under the Skin

“The harrowing collapse of a Scottish bridge links three lost souls as they lurch toward an even more horrifying finale….Joss builds the relationships among her sad trio slowly, through excruciatingly subtle modulations of tone.  But the ending fully justifies every intimation of imminent doom.”
—Kirkus

Morag Joss is the author of several novels, including the CWA Silver Dagger winner Half Broken Things, which was also adapted as a film for U.K. national television. In 2008 she was the recipient of a Heinrich Boll Fellowship, and in 2009 she was nominated for an Edgar Award for her sixth novel, The Night Following. She is currently at work on her eighth novel, Our Picnics in the Sun, to be published by Delacorte Press."
Loading...
or
Not Currently Available for Direct Purchase