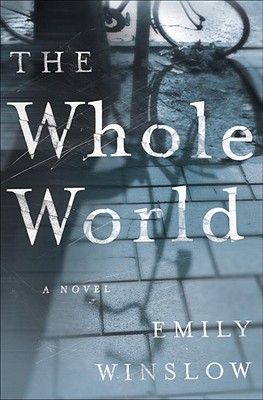 At once a sensual and irresistible mystery and a haunting work of psychological insight and emotional depth, " "The Whole World marks the beginning of a brilliant literary career for Emily Winslow, a superb, limitlessly gifted author.
Set in the richly evoked pathways and environs of Cambridge, England, The Whole World unearths the desperate secrets kept by its many complex characters students, professors, detectives, husbands, mothers secrets that lead to explosive consequences.
Two Americans studying at Cambridge University, Polly and Liv, both strangers to their new home, both survivors of past mistakes, become quick friends. They find a common interest in Nick, a handsome, charming, seemingly guileless graduate student. For a time, the three engage in harmless flirtation, growing closer while doing research for professor Gretchen Paul, the blind daughter of a famed novelist. But a betrayal, followed by Nick's inexplicable disappearance, brings long-buried histories to the surface.
The investigation raises countless questions, and the newspapers report all the most salacious details from the crime that scars Polly's past to the searing truths concealed in photographs Gretchen cannot see. Soon the three young lovers will discover how little they know about one another, and how devastating the ripples of long-ago actions can be.


Praise For The Whole World…

"Winslow's novel is so self-assured, so well-constructed and so chilling that the reader is left in awe by the young author's accomplished debut. As turn leads to twist and twist becomes shock, the ripples of the past grow into waves that spawn tragedy. And Winslow's depiction of brilliant but troubled students is pitch perfect."  —Richmond Times-Dispatch

Emily Winslow is an American living in Cambridge, England. She trained as an actor at Carnegie Mellon University s prestigious drama conservatory and earned a master s degree in museum studies from Seton Hall University. For six years she worked for "Games "magazine, creating increasingly elaborate and lavishly illustrated logic puzzles that were often issue centerpieces. The Whole World is her first novel. Delacorte will publish her next novel, "The Start of Everything.""
Loading...
or
Not Currently Available for Direct Purchase