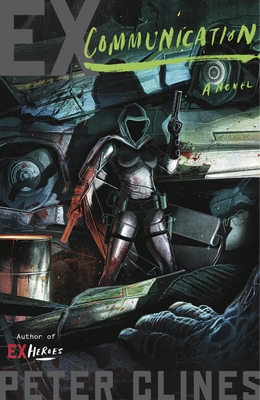 “All of us try to cheat death.  I was just better prepared to do it than most folks.”

In the years since the wave of living death swept the globe, St George and his fellow heroes haven’t just kept Los Angeles’ last humans alive—they’ve created a real community, a bustling town that’s spreading beyond its original walls and swelling with new refugees.

But now one of the heroes, perhaps the most powerful among them, seems to be losing his mind.  The implacable enemy known as Legion has found terrifying new ways of using zombies as pawns in his attacks.  And outside the Mount, something ancient and monstrous is hell-bent on revenge.

As Peter Clines weaves these elements together in yet another masterful, shocking climax, St. George, Stealth, Captain Freedom, and the rest of the heroes find that even in a city overrun by millions of ex-humans...

…there’s more than one way to come back from the dead.

Praise For Ex-Communication: A Novel (Ex-Heroes #3)…

PETER CLINES has published several pieces of short fiction and countless articles on the film and television industries, as well as the novels Ex-Heroes, Ex-Patriots, Ex-Purgatory, and 14.  He lives and writes in southern California.