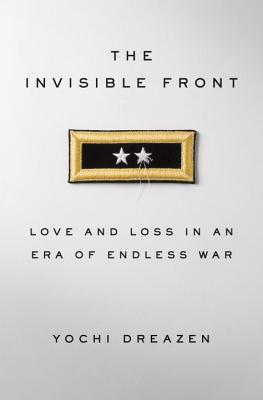 Love and Loss in an Era of Endless War

The unforgettable story of a military family that lost two sons one to suicide and one in combat and channeled their grief into fighting the armed forces suicide epidemic.
Major General Mark Graham was a decorated two-star officer whose integrity and patriotism inspired his sons, Jeff and Kevin, to pursue military careers of their own. His wife Carol was a teacher whoheld the family together while Mark's career took them to bases around the world. When Kevin and Jeff die within nine months of each other Kevin commits suicide and Jeff is killed by a roadside bomb in Iraq Mark and Carol are astonished by the drastically different responses their sons deaths receive from the Army. While Jeff is lauded as a hero, Kevin's death is met with silence, evidence of the terrible stigma that surrounds suicide and mental illness in the military. Convinced that their sons died fighting different battles, Mark and Carol commit themselves to transforming the institution that is the cornerstone of their lives.
"
The Invisible Front" is the story of how one family tries to set aside their grief and find purpose in almost unimaginable loss. The Grahams work to change how the Army treats those with PTSD and to erase the stigma that prevents suicidal troops from getting the help they need before making the darkest of choices. Their fight offers a window into the military's institutional shortcomings and its resistance to change failures that have allowed more than 2,000 troops to take their own lives since 2001. Yochi Dreazen, an award-winning journalist who has covered the military since 2003, has been granted remarkable access to the Graham family and tells their story in the full context of two of America's longest wars. Dreazen places Mark and Carol's personal journey, which begins when they fall in love in college and continues through the end of Mark's thirty-four year careerin the Army, against the backdrop of the military's ongoing suicide spike, which shows no signs of slowing. With great sympathy and profound insight, "The Invisible Front" details America's problematic treatment of the troops who return from war far different than when they'd left and uses the Graham family's work as a new way of understanding the human cost of war and its lingering effects off the battlefield.

YOCHI DREAZEN, themanaging editor of "Foreign Policy," is one of the most respected military journalists in the country. He covered the wars in Iraq and Afghanistan for "The Wall Street Journal" and has reported from more than 30 countries. His writing has appeared in "The Atlantic," "The Washington Post," and other publications."The Invisible Front"is his first book and was a finalist for the 2014 J. Anthony Lukas Work-in-Progress Award.He lives in Washington, DC."

Praise For The Invisible Front: Love and Loss in an Era of Endless War…