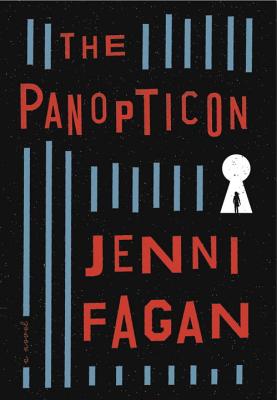 An Amazon Best of the Year pick and named one of NPR, Library Journal, and Flavorwire's Best of 2013 novels, THE PANOPTICON is a dazzling debut by one of Granta’s Best Young British Novelists

Anais Hendricks, fifteen, is in the back of a police car. She is headed for the Panopticon, a home for chronic young offenders. She can't remember what’s happened, but across town a policewoman lies in a coma and Anais’s school uniform is covered in blood.

Raised in foster care from birth and moved through twenty-three placements before she even turned seven, Anais has been let down by just about every adult she has ever met. Now a counter-culture outlaw, she knows that she can only rely on herself. And yet despite the parade of horrors visited upon her early life, she greets the world with the witty, fierce insight of a survivor.

Anais finds a sense of belonging among the residents of the Panopticon – they form intense bonds, and she soon becomes part of an ad hoc family. Together, they struggle against the adults that keep them confined. When she looks up at the watchtower that looms over the residents though, Anais knows her fate: she is an anonymous part of an experiment, and she always was. Now it seems that the experiment is closing in.

Named one of the best books of the year by the Times Literary Supplement and the Scotsman, The Panopticon is an astonishingly haunting, remarkable debut novel. In language dazzling, energetic and pure, it introduces us to a heartbreaking young heroine and an incredibly assured and outstanding new voice in fiction.


Praise For The Panopticon…

Named one of Granta's Best of Young British Novelists

Shortlisted for The Desmond Elliott Award

“Fagan has created a feisty, brass-knuckled yet deeply vulnerable heroine, who feels like sort of a cross between Lisbeth Salander, Stieg Larsson’s 'Girl With the Dragon Tattoo,' and one of Irvine Welsh’s drug-taking Scottish miscreants from 'Trainspotting' or 'Skagboys.' Her novel is by turns gritty, unnerving, exhausting, [and] ferocious...A deeply felt and genuinely affecting novel.” —Michiko Kakutani, New York Times

“Fagan has given us one of the most spirited heroines to cuss, kiss, bite and generally break the nose of the English novel in many a moon…there is no resisting the tidal rollout of Fagan’s imagery. Her prose beats behind your eyelids, the flow of images widening to a glittering delta whenever Anais approaches the vexed issue of her origins…vive Jenni Fagan...whose next book just moved into my ‘eagerly anticipated’ pile.”—Tom Shone, New York Times Book Review

“[Fagan] grew up in what’s euphemistically called ‘the care system,’ and she writes about these young people with a deep sympathy for their violently disordered lives and an equally deep appreciation of their humor and resiliency…[Fagan has a] rousing voice, with its roundly rendered Scottish accent.”—Ron Charles, Washington Post

"The Panopticon [is] a terrifically gritty and vivid debut.” —Cleveland Plain Dealer

“She’s Oliver, with a twist. Anais Hendricks, 15, and the female protagonist of poetess Fagan’s first novel, cuts right to the chase as she chronicles the modern British foster care system.” —New York Post

“The Panopticon is like its protagonist: tough as old boots and always ready with the fists, but likely to steal your heart if you’ll just slow down and listen.”—National Post

“Fagan creates a complex and vulnerable character…[and] even though Anais makes it hard for you to love her, you can’t help wishing her out of her plight and cheering her upward.” —Bust (four stars)

"The Panopticon is an exquisite first novel--Jenni Fagan has created a dark, disturbing, yet ultimately hopeful portrait of a young woman growing up alone in the Scottish foster care system.  To say it is haunting is an understatement--I kept wanting to set a place for Anais at the table with the rest of my children."—Vanessa Diffenbaugh, New York Times bestselling author of The Language of Flowers

"Jenni Fagan has created a high-resolution portrait of a throwaway kid. Fifteen-year-old Anais, born in a mental ward, tumbled through the social work system, violated and violent, high on whatever, each decision she makes is a jaunty wave as she sails past the next point of no return. This is a contemporary tragedy of the highest order." —Carol Anshaw, New York Times bestselling author of Carry the One

“In the Margaret Atwood/The Handmaid’s Tale vein—very literary and suspenseful. I like books set in an altered reality—one that feels familiar and yet also deeply unfamiliar, that embodies some of the dailiness of life, and yet slowly reveals itself to be a very different, much more sinister place.”—Gillian Flynn, Oprah.com

"With The Panopticon, Fagan makes Foucault proud and readers ecstastic. This is why we read. You'll begin wanting to save Anais Hendricks but finish wondering if, and how, she's managed to save you."— Tupelo Hassman, author of Girlchild

"Jenni Fagan is the real thing, and The Panopticon is a real treat: maturely alive to the pains of maturing, and cleverly amused as well as appalled by what it finds in the world." -Andrew Motion

"Ferocious and devastating, The Panopticon sounds a battle-cry on behalf of the abandoned, the battered, and the betrayed. To call it a good novel is not good enough: this is an important novel, a book with a conscience, a passionate challenge to the powers-that-be. Jenni Fagan smashes every possible euphemism for adolescent intimacy and adolescent violence, and she does it with tenderness and even humour. Hats off to Jenni Fagan! I will be recommending this book to everyone I know." -Eleanor Catton, author of The Rehearsal

"This is a wonderful book – gripping and brilliant. Anais’s journey will break your heart and her voice is unforgettable. Bursting with wit, humanity and beauty as well as an unflinching portrayal of life as a ‘cared for’ young adult, this book will not let you go." -Kate Williams

"Uncompromising and courageous...one of the most cunning and spirited novels I’ve read for years. The story of Anais, a fifteen-year-old girl blasting her way through the care-home system while the system in turn blasts her away to nothing, looks on the surface to be work of a recognizable sort, the post-Dickensian moral realism/fabulism associated with writers like Irvine Welsh. But Fagan’s narrative talent is really more reminiscent of early Camus and that this novel is a debut is near unbelievable. Tough and calm, electrifying and intent, it is an intelligent and deeply literary novel which deals its hope and hopelessness simultaneously with a humaneness, both urgent and timeless, rooted in real narrative subtlety."–Ali Smith, TLS – books of the year

"If you’re trying to find a novel to engage a determinedly illiterate teenager, give them this one. Anais, the 15-year-old heroine and narrator, has a rough, raw, joyous voice that leaps right off the page and grabs you by the throat…This punkish young philosopher is struggling with a terrible past, while battling sinister social workers. Though this will appeal to teenagers, the language and ideas are wholly adult, and the glorious Anais is unforgettable." –The Times

"[A] confident and deftly wrought debut…The Panopticon is an example of what Martin Amis has called the “voice novel”, the success of which depends on the convincing portrayal of an idiosyncratic narrator. In this Fagan excels…Her voice is compellingly realised. We cheer her on as she rails against abusive boyfriends and apathetic social workers, her defiance rendered in a rich Midlothian brogue." –Financial Times

"The most assured and intriguing first novel by a Scottish writer that I have read in a decade, a book which is lithely and poetically written, politically and morally brave and simply unforgettable…Anais’s voice is an intricate blend of the demotic and the hauntingly lyrical…There are moments which are genuinely distressing to read, which return the reader to a painful sense of how mindlessly and unspeakable cruel people can be. But it is marbled with cynical, smart comedy…Fagan is exceptionally skilful with bathos, a notoriously difficult literary register; here, however, it manages to be funny and heart-breakingly tender at the same time…Naturalistic and pleasingly oblique. Life, as Stevenson said, is “infinite, illogical, abrupt and poignant”. To render this novelistically is a rare achievement…The Panopticon appeals to writers since in some ways the novelist is the prison’s arch-overseer, able to look into the minds of the characters. But that comes with a duty: to keep your eyes open even when you’d rather shut them. Fagan is gloriously open-eyed about immaturity, maturity, sexuality, crime, dispossession and more. Her ability to capture the cross-currents of language, the impersonations of consciousness, is admirable…As a debut, The Panopticon does everything it should. It announces a major new star in the firmament." –Stuart Kelly, Scotsman

"[The narrator] is engagingly drawn by Fagan, who has created a character possessed of intellectual curiosity and individual quirks…Written with great verve…Fagan has a clear voice, an unflinching feel for the complexity of the teenage mindset, and an awareness of the burden we impose on children…What’s intriguing here – particularly in a Scottish fiction landscape that can display too much of the plodding everyday – is her effort to lift the story of teen misadventure into a heightened realm of intellectual aspiration and quasi-sci-fi notions of sinister social change." –Scotland on Sunday

"What Fagan depicts in her debut novel, The Panopticon, is a society in which people don't just fall through the net – there is no net…Fagan is writing about important stuff: the losers, the lonely, most of them women. [Anais] maintains a cool, smart, pretty, witty and wise persona." –Guardian

"Reminiscent of Girl, Interrupted…The novel is as bold, shocking and intelligent as its central character…The institutional details (magnolia walls, screwed-down chairs) anchor The Panopticon in realism, giving it a greater bite. Much of Anais’ life is the stuff of tabloid shock stories and The Panopticon’s strength lies in giving you an insight into the lonely, damaged girl behind the headlines…This week’s winner." –Stylist

"An indictment of the care system, this dazzling and distinctive novel has at its heart an unstoppable heroine…Fagan’s prose is fierce, funny and brilliant at capturing her heroine’s sparky smartness and vulnerability…Emotionally explosive."–Marie Claire

"Fagan's writing is taut and controlled and the dialogue crackles." –The Herald

This is the best debut I’ve read this year...and all because of the character of Anais, who is one of the best narrators I have ever come across.  An essential read."–Living North

“Anais’s story is one of abandonment, loss, and redemption, well suited for a paranoid age in which society finds itself constantly under the microscope.” –Publishers Weekly

“Dark and disturbing but also exciting and moving, thanks to a memorable heroine and vividly atmospheric prose…Fagan [paints] her battered characters’ fierce loyalty to each other with such conviction and surprising tenderness.”—Kirkus Reviews

“Told in Anais’ raw voice, Fagan’s novel peers into the world inhabited by forgotten children, and, in Anais, gives us a heartbreakingly intelligent and sensitive heroine wrapped in an impossibly impenetrable exterior. Readers won’t be able to tear themselves away from this transcendent debut.” –Booklist (starred review)

"Anais's ongoing internal dialog, her periodic reimagining of her life and situation, is enthralling...James Kelman's How Late It Was, How Late meets Ken Kesey's One Flew over the Cuckoo's Nest. Not to be missed." –Library Journal (starred review)

JENNI FAGAN was born in Livingston, Scotland. She graduated from Greenwich University and won a scholarship to the Royal Holloway MFA. A published poet, she has won awards from Arts Council England, Dewar Arts and Scottish Screen among others. She has twice been nominated for the Pushcart Prize, was shortlisted for the Dundee International Book Prize, and was named one of "Granta"'s Best of Young British Novelists in 2013. "The Panopticon" is her first novel.
Loading...
or
Not Currently Available for Direct Purchase