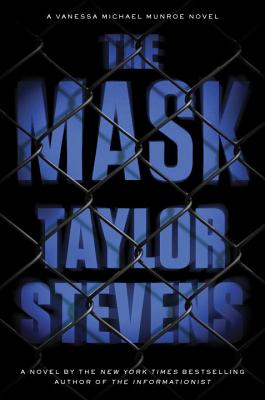 For fans of Lee Child, Terry Hayes, and Laura Lippman comes a blistering thriller in which Vanessa Michael Munroe faces the fight of her life

Vanessa Michael Munroe, chameleon and information hunter, has a reputation for getting things done: dangerous and not quite legal things that have taken her undercover into some of the world's deadliest places. Still healing from a Somali hijacking gone wrong and a brutal attack that left her near death, Munroe joins her lover, Miles Bradford, in Japan where he's working as a security consultant protecting high-value technology from industrial espionage. In the domesticity of their routine she finds long sought-after peace--until Bradford is arrested for murder, and the same interests who targeted him come after her, too.
Searching for answers and fighting to stay alive, Munroe will soon discover how far she'll go to save Bradford from spending the next twenty years in locked-up isolation; how many laws she'll break when the truth seems worse than his lies; and who to trust and who she must kill. Because she's a strategist and hunter with a predator's instincts, and the man she loves has just stabbed her in the back.
With break-neck pacing, incendiary prose, and an unforgettable cast of characters, The Mask features Vanessa Michael Munroe: a brilliant, lethal heroine who will stop at nothing to find the truth, no matter what it may cost.
-Stevens excels at depicting pulse-pounding danger, and her prose and plotting are spectacular. . . . Only Dan Brown and Lee Child come close.- --Dallas Morning News
- Munroe is] a protagonist as deadly as she is irresistible.- --Vince Flynn
-If you are a fan of Jack Reacher, Lisbeth Salander, or Nina Zero, you need to check out Vanessa Michael Munroe - --BookPage
-A winning series character who has the world at her beck and call.- --Los Angeles Times

-Munroe's brooding personality and her ability to blend into her surroundings bring to mind the provocative Jason Bourne.- --USA Today

TAYLOR STEVENS is the award-winning New York Times bestselling author of The Informationist, The Innocent, The Doll, The Catch, and the novella The Vessel. The series featuring Vanessa Michael Munroe has received critical acclaim and the books are published in twenty languages. The Informationist has been optioned for film by James Cameron's production company, Lightstorm Entertainment. Born in New York State, and into the Children of God, raised in communes across the globe and denied an education beyond sixth grade, Stevens was in her twenties when she broke free to follow hope and a vague idea of what possibilities lay beyond. She now lives in Texas, and is at work on the next Munroe novel.
Loading...
or
Not Currently Available for Direct Purchase