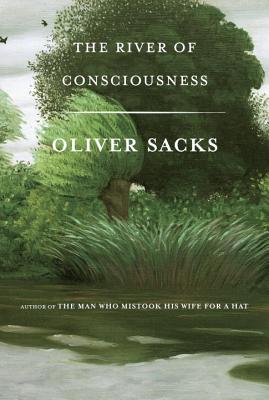 The River of Consciousness

From the best-selling author of Gratitude, On the Move, and Musicophilia, a collection of essays that displays Oliver Sacks's passionate engagement with the most compelling and seminal ideas of human endeavor: evolution, creativity, memory, time, consciousness, and experience.

Oliver Sacks, a scientist and a storyteller, is beloved by readers for the extraordinary neurological case histories (Awakenings, An Anthropologist on Mars) in which he introduced and explored many now familiar disorders--autism, Tourette's syndrome, face blindness, savant syndrome. He was also a memoirist who wrote with honesty and humor about the remarkable and strange encounters and experiences that shaped him (Uncle Tungsten, On the Move, Gratitude). Sacks, an Oxford-educated polymath, had a deep familiarity not only with literature and medicine but with botany, animal anatomy, chemistry, the history of science, philosophy, and psychology. The River of Consciousness is one of two books Sacks was working on up to his death, and it reveals his ability to make unexpected connections, his sheer joy in knowledge, and his unceasing, timeless project to understand what makes us human.

Praise For The River of Consciousness…

“Oliver Sacks knew how much his readers would miss him, and he outlined these ten essays before he left us. Indeed, blessed are we who mourn. His was a voice that could untangle even the most formidable knots of medical mystery—the bewildering maladies of the brain—and roll them out into smooth ribbons of human story. I read these essays in one night, spellbound as he described petals, cameras, bombs—and, of course, neurons—so enraptured with details that only later did I realize how he had also explained the weightiness of time, memory, and learning itself. The River of Consciousness is the precious voice of Oliver Sacks come back to us, to do what all great seers do: lead us to places that we could never have found on our own.” —Hope Jahren, author of Lab Girl

“Reading a book published after its authors death, especially if he is as prodigiously alive on every page as Oliver Sacks, as curious, avid and thrillingly fluent, brings both the joy of hearing from him again, and the regret of knowing it will likely be the last time…[The] combination of wonder, passion and gratitude never seemed to flag in Sacks’s life; everything he wrote was lit with it. But it was his openness to new ideas and experiences, and his vision of change as the most human of biological processes, that synthesized all of his work.” —Nicole Krauss, The New York Times Book Review

“Reveals Sacks as a gleeful polymath and an inveterate seeker of meaning in the mold of Darwin and his other scientific heroes Sigmund Freud and William James….As this volume reminds us, in losing Sacks we lost a gifted and generous storyteller.” —Wall Street Journal

“The reader is in thrall to Sacks’ ability to braid wide reading, research and experience with his neurology patients to reach original and subtle conclusions….Sacks is the expression of…mental agility, a mind at play in the world.” —Chicago Tribune

“The warm genius of Oliver Sacks comes alive as he tackles everything from memory to Freud’s little-known contributions to neurology and Darwin’s love of flowers to the nature of creativity….Sacks brings the friendly curiosity for which he is so beloved to this ultimate testing ground of character, emerging once more as the brilliant, lovable human he was.” —Maria Popova, Brainpickings

“Sacks’s intellectual trajectories are eloquent, witty and adherent to a sturdy internal logic. He troubles the frontiers of all creatures and things until the world feels more alive in its entirety. True to its title, the book is dictated by a flood of mental energy, thus it is more than mere sentimentality to say that, more than two years after his death, Sacks’s spirit still courses through us. Long may it flow.” —The Globe and Mail

“Charming and informative….What really unifies “The River of Consciousness” is the unique combination of intellectual rigor and childlike amazement, of bookishness and warmth, which characterizes all of Sacks’s writing. Which other writer who employs footnotes so liberally also so often inspires laughter and tears?” —The Boston Globe

“An immensely satisfying volume that can be read by newcomers as an introduction to the work of an author of unusual breadth of knowledge, and equally by aficionados as the final scintillation of one of the most invigorating and appealing writers of recent decades….A joy to read: a delicious supply of information and commentary organized by a gifted writer of a curious and humane intelligence.” —The Washington Times

“A collection that serves as a valedictory, as well as a useful introduction to [Sacks’s] restless intellect and elegant sentences and a tribute to his scientific and philosophical heroes: Darwin, Freud and William James.” —San Francisco Chronicle

“The author’s unconventional points of view are potentially the most informative part of the work. He examines well-known ideas from lesser-known angles—for instance, that Darwin was also a botanist and supported his theory with botanical experimentation. Throughout, Sacks displays his marvelous skill with words, rich knowledge of medicine and science and their histories, observational skills, curiosity, and humor, and it’s impossible not to feel the loss of this amazing thinker….Every reader should be able to find something to enjoy and appreciate here.” —Library Journal *starred review*

“Sacks engages and deepens our attention through the historic and personal particulars with which he argues his points about what, say, memory, or forgetting, or creativity, or ‘A General Feeling of Disorder,’ involves organismically. So doing, he has made permanent contributions to literature.” —Booklist

“The book is a tribute to [Sacks’s] appreciation of all that’s beautifully complex in humans….Readers will feel a similar sense of gratitude for the extraordinary work that Sacks left behind.” —Publishers Weekly

“Sacks’s enthusiasms are so finely and conversationally expressed as to be entirely seductive….Each essay contains a careful lifetime of observation and reading….A marvellous discrete series of meditations—and a profoundly moving one.” —The Observer

“The essays share a few common themes, the most prominent being the seemingly instinctive drive to understand ourselves and the world around us. Science, Sacks suggests, traces its origins directly to that impulse—a curiosity that encourages us to lean in and observe something closely….It’s an infectious state of mind, and readers will likely look at the world around them differently after finishing The River of Consciousness.” —Richmond Times-Dispatch

“Compelling….The experience of reading the essays that make up The River of Consciousness is very much like peering into an ever-changing stream. Pebbles shift as the water courses by, revealing unexpected facets below….By bringing these quirky, personal and curious essays together, Sacks invites readers into his mind where they can experience the world from his unusually insightful perspective.” —Science News Magazine

“An incisive and generous inquiry into human nature.” —Elle.com

“Sacks’s sharp intellect and observations, and passion for knowledge, shine through.” —Buzzfeed

“Fans of the late neurologist have another chance to enjoy this erudite, compassionate storyteller, essayist, and memoirist in what may be his final work. This collection of 10 essays, some of which appeared previously in the New York Review of Books, was assembled by three colleagues from an outline provided by Sacks two weeks before his death in 2015….A collection of dissimilar pieces that reveal the scope of the author’s interests—sometimes challenging, always rewarding.” —Kirkus Reviews

“Sacks once again enthralls readers with tantalizing true tales on everything from evolution and time to creativity and experience. Thoughtful and captivating, this collection will make you miss the iconic scholar even more than you already do.” —bustle.com, “11 New Essays For Your Fireside Reading This Fall”

“Brilliant, beautiful, and funny….Sacks was one of the finest science writers--well read, scientifically exact and literary….This collection meets the standard of his previous work….Sacks's love of the natural world as well as the human one is contagious. The breadth of his interests encourages his readers to expand their own horizons….His curiosity and erudition, and his joy in both intellectual and physical life are in full bloom on these pages.” —Shelf Awareness

“Sacks continues in this latest collection to focus on questions over answers; the result is a work that leaves plenty of room for possibility beyond what might be immediately observed…. Intellectually, Sacks is, at heart, a philosopher. But he is a philosopher looking not for answers but for increasingly grander questions. He asked a multitude of them throughout his 82 years, but ‘what is a mind?’ might be his biggest.” —New York Magazine

OLIVER SACKS was born in 1933 in London and was educated at Queen's College, Oxford. He completed his medical training at San Francisco's Mount Zion Hospital and at UCLA before moving to New York.

Familiar to the readers of The New Yorker and The New York Review of Books, Dr. Sacks spent more than fifty years working as a neurologist and wrote many books, including The Man Who Mistook His Wife for a Hat, Musicophilia, and Hallucinations, about the strange neurological predicaments and conditions of his patients. The New York Times referred to him as "the poet laureate of medicine," and over the years he received many awards, including honors from the Guggenheim Foundation, the National Science Foundation, the American Academy of Arts and Letters, The American Academy of Arts and Sciences, and the Royal College of Physicians. His memoir On the Move was published shortly before his death in August 2015.
Loading...
or
Not Currently Available for Direct Purchase