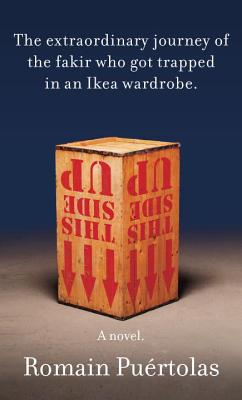 A charmingly exuberant comic debut from an exciting new literary voice, and a quirky, hilarious, elegantly written farce (The Daily Telegraph), The Extraordinary Journey of the Fakir Who Got Trapped in an Ikea Wardrobe is the globetrotting story of a trickster from rural India and his adventure of a lifetime.
When the fakir a professional con artist arrives in Paris, he has just one goal: to get to Ikea. Armed with only a counterfeit hundred-euro note in the pocket of his silk trousers, he is confident that he has all he needs to thrive. But his plan goes horribly awry when he hides inside a wardrobe at the iconic Swedish retailer the first in a series of accidents that will send him on a whirlwind tour across Europe.
Pursued across the continent by a swindled taxi driver dead set on revenge, our fakir soon finds unlikely friends from movie stars to illegal immigrants in even unlikelier places. And, much to his own surprise, his heart begins to open to those around him as he comes to understand the universal desire to seek a better life in an often dangerous world.
Channeling the manic energy of the Marx Brothers and the biting social commentary of Candide, Romain Puertolas has crafted an unforgettable comic romp around Europe that is propelled by laughter, love, and, ultimately, redemption. (Meatballs not included but highly recommended.)

ROMAIN PUERTOLAS was born in Montpellier and has lived in France, Spain, and the U.K., where he has been a DJ, singer-songwriter, language teacher, translator-interpreter, and steward. He most recently worked as a police inspector with the French border service, specializing in document fraud. The Extraordinary Journey of the Fakir Who Got Trapped in an Ikea Wardrobewas a number-one best seller in France and has been published in thirty-five countries. www.romainpuertolas.com"
Loading...
or
Not Currently Available for Direct Purchase