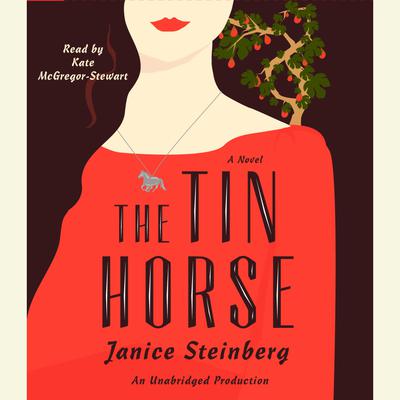 In the stunning tradition of Lisa See, Maeve Binchy, and Alice Hoffman, The Tin Horse is a rich multigenerational story about the intense, often fraught bond sisters share and the dreams and sorrows that lay at the heart of the immigrant experience.

It has been more than sixty years since Elaine Greenstein’s twin sister, Barbara, ran away, cutting off contact with her family forever. Elaine has made peace with that loss. But while sifting through old papers as she prepares to move to Rancho Mañana—or the “Ranch of No Tomorrow” as she refers to the retirement community—she  is stunned to find a possible hint to Barbara’s whereabouts all these years later. And it pushes her to confront the fierce love and bitter rivalry of their youth during the 1920s and ’30s, in the Los Angeles Jewish neighborhood of Boyle Heights.

Though raised together in Boyle Heights, where kosher delis and storefront signs in Yiddish lined the streets, Elaine and Barbara staked out very different personal territories. Elaine was thoughtful and studious, encouraged to dream of going to college, while Barbara was a bold rule-breaker whose hopes fastened on nearby Hollywood. In the fall of 1939, when the girls were eighteen, Barbara’s recklessness took an alarming turn. Leaving only a cryptic note, she disappeared.

In an unforgettable voice layered with humor and insight, Elaine delves into the past. She recalls growing up with her spirited family: her luftmensch of a grandfather, a former tinsmith with tales from the Old Country; her papa, who preaches the American Dream even as it eludes him; her mercurial mother, whose secret grief colors her moods—and of course audacious Barbara and their younger sisters, Audrey and Harriet. As Elaine looks back on the momentous events of history and on the personal dramas of the Greenstein clan, she must finally face the truth of her own childhood, and that of the twin sister she once knew.

In The Tin Horse, Janice Steinberg exquisitely unfolds a rich multigenerational story about the intense, often fraught bonds between sisters, mothers, and daughters and the profound and surprising ways we are shaped by those we love. At its core, it is a book not only about the stories we tell but, more important, those we believe, especially the ones about our very selves.

Praise for The Tin Horse

“Steinberg, the author of five mysteries, has transcended genre to weave a rich story that will appeal to readers who appreciate multigenerational immigrant family sagas as well as those who simply enjoy psychological suspense.”—BookPage

Janice Steinberg is an award-winning arts journalist who has published more than four hundred articles in The San Diego Union-Tribune, Dance Magazine, the Los Angeles Times, and elsewhere. She is also the author of five mystery novels, including the Shamus Award–nominated Death in a City of Mystics. She has taught fiction writing at the University of California, San Diego, and dance criticism at San Diego State University. A native of Wisconsin, she received a B.A. and M.A. from the University of California, Irvine. She holds a blue belt in the Nia dance-fitness practice and teaches weekly classes. She lives in San Diego with her husband.