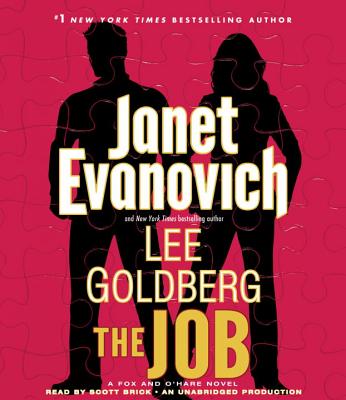 NEW YORK TIMES BESTSELLER
He's a charming con man and she's a dedicated FBI agent, and they re about to drive each other crazy . . . again

The FBI had one demand when they secretly teamed up Special Agent Kate O Hare with charming con man Nicolas Fox bring down the world's most-wanted and untouchable felons. This time it's the brutal leader of a global drug-smuggling empire. The FBI doesn t know what their target looks like, where he is, or how to find him, but Nick Fox has a few tricks up his sleeve to roust this particular Knipschildt chocolate loving drug lord.
From the streets of Nashville to the back alleys of Lisbon, from the rooftops of Istanbul to the middle of the Thames, Nick and Kate chase their mark. When they find themselves pitted against a psychopathic bodyguard and a Portuguese enforcer who gets advice from a pickled head, they decide it's time to enlist some special talent talent like a machete-wielding Somali pirate, a self-absorbed actor, an Oscar-winning special effects artist, and Kate's father Jake, a retired Special Forces operative. Together they could help make this Fox and O Hare's biggest win yet . . . if they survive.
Praise for The Job

This suspense series continues to mix the humor from Janet] Evanovich and Lee] Goldberg's books with the intricate cons seen in the best episodes of Mission: Impossible. The banter and thrills are nonstop, and readers will be anxious to see what happens next. Library Journal

Even if you can t always tell the good guys from the bad guys, there's no doubt who ll come out on top when the Fox is in the hen house. Kirkus Reviews

Janet Evanovich is the #1 New York Times bestselling author of the Stephanie Plum series, the Fox and O Hare series with co-author Lee Goldberg, the Lizzy and Diesel series, twelve romance novels, the Alexandra Barnaby novels and Trouble Maker graphic novel, and How I Write: Secrets of a Bestselling Author. Lee Goldberg is a screenwriter, TV producer, and the author of several books, including King City, The Walk, and the bestselling Monk series of mysteries. He has earned two Edgar Award nominations and was the 2012 recipient of the Poirot Award from Malice Domestic."
Loading...
or
Not Currently Available for Direct Purchase