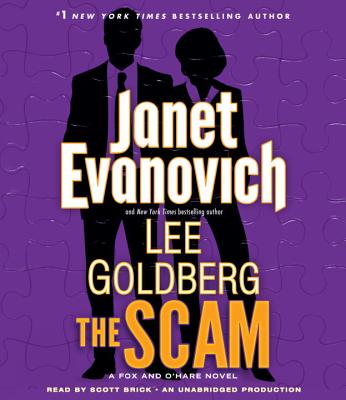 Nicolas Fox is a charming con man and master thief on the run. Kate O Hare is the FBI agent who is hot on his trail. At least that's what everyone thinks. In reality, Fox and O Hare are secretly working together to bring down super-criminals the law can t touch. Criminals like brutal casino magnate Evan Trace.
Evan Trace is running a money-laundering operation through his casino in Macau. Some of his best customers are mobsters, dictators, and global terrorists. Nick and Kate will have to go deep undercover as high-stakes gamblers, wagering millions of dollars and their lives in an attempt to topple Trace's empire.
It's a scam that will take Fox and O Hare from the Las Vegas strip, to the sun-soaked beaches of Oahu's North Shore, and into the dark back alleys of Macau. Their only backup a self-absorbed actor, a Somali pirate, and Kate's father, an ex-soldier who believes a rocket launcher is the best way to solve every problem. What could possibly go wrong?

Janet Evanovich is the #1 New York Times bestselling author of the Stephanie Plum series, the Fox and O Hare series, the Lizzy and Diesel series, the Alexandra Barnaby novels and Troublemaker graphic novel, and How I Write: Secrets of a Bestselling Author. Lee Goldberg is a screenwriter, TV producer, and the author of several books, including King City, The Walk, and the bestselling Monk series of mysteries. He has earned two Edgar Award nominations and was the 2012 recipient of the Poirot Award from Malice Domestic. From the Hardcover edition."
Loading...
or
Not Currently Available for Direct Purchase