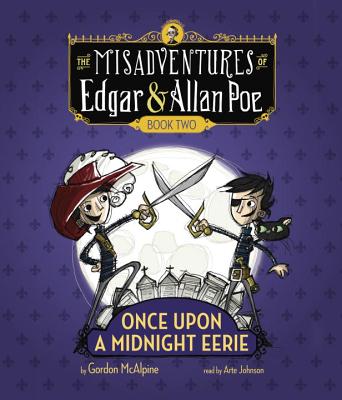 “Entertaining and original. . . . Endlessly fun and ultimately very satisfying on every level.”—Publishers Weekly, starred review of The Tell-Tale Start audiobook

Praise For Once Upon a Midnight Eerie: The Misadventures of Edgar & Allan Poe, Book Two…

Gordon McAlpine is the author of two novels for adults (The Persistence of Memory and Joy in Mudville),  the YA/adult crossover novel Mystery Box (which imagines the "real life" of Franklin Dixon and Carolyn Keene, the creators of the Hardy Boys and Nancy Drew!),and -- of course -- the first Misadventure of Edgar and Allan Poe, The Tell-Tale Start.  He lives with his wife in Southern California.
Loading...
or
Not Currently Available for Direct Purchase