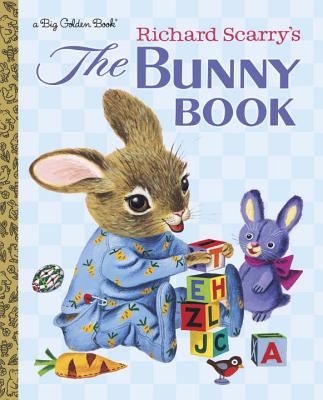 This Richard Scarry Golden book is a bunny-rific read!

PATSY SCARRY (1924–1995) wrote many stories for children, some of which were were illustrated by her husband, Richard Scarry, including Good Night, Little Bear and The Bunny Book. Her classic holiday book, The Sweet Smell of Christmas, remains a yearly yuletide favorite.

RICHARD SCARRY (1919-1994) is one of the world’s best-loved children’s book authors ever! No other illustrator has shown such a lively interest in the words and concepts of early childhood. After a stint in the army, Scarry showed his portfolio to one of the original editors at Golden Books in 1948. There he found the perfect home for his children’s books. In the extraordinary career that followed, Scarry illustrated well over 100 books, many of which have never been out-of-print.
Loading...
or
Not Currently Available for Direct Purchase