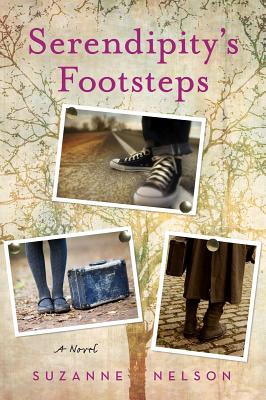 From Nazi Germany to a modern-day orphanage in the American South, three girls separated by decades and thousands of miles are about to give up when a single pair of shoes binds them all together.

Dalya is the daughter of a cobbler in 1930s Berlin, and though she is only fifteen, she knows she will follow in her father’s footsteps. When she is forced into a concentration camp one violent November night, she must leave behind everything she knew and loved.

Ray is a modern-day orphan, jagged around the edges in every possible way. She sees an impulsive escape to New York as her only chance at happiness; there, she knows she’ll be able to convert her sorrows into songs.

Pinny is an unwavering optimist and Ray’s unintended travel companion on her passage to a new life. She inherited from her eccentric mother a fascination with shoes as a means of transformation and expression.

A single pair of shoes entwines these lives. How these women connect across different times and places is an unforgettable story of strength, love, bravery, memory, and the serendipity that binds us all together.

Suzanne Nelson has dreamed of being a “riter” since kindergarten, before she was even old enough to spell the word. She’s published several novels for young readers. After spending eight years as a children’s book editor in New York City, she lives with her family in Ridgefield, Connecticut, where she is constantly on the lookout for abandoned shoes. Although she doesn’t own as many shoes as Imelda Marcos, she does own a handmade pair decorated with peacock feathers. Find out more about Suzanne at SuzanneNelson.com.
Loading...
or
Not Currently Available for Direct Purchase