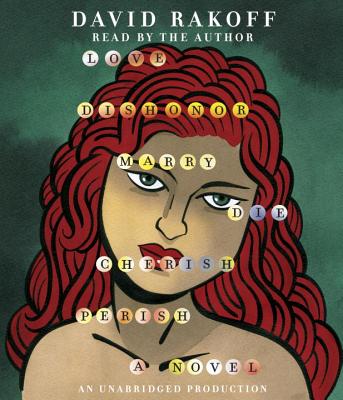 “Suffused with joyful invention. Readers may come to the book to pay their respects, but they will leave rejuvenated by the splendor of the warmth and wordplay. Composed a hand-span’s distance from death, it feels death-defying….irrepressibly funny, and even strangely uplifting, in jubilant verse….If this book must serve as his memorial, it’s at least as life-affirming as any that a writer has left behind”
—Wall Street Journal

"Sly, bravura....a marvel of gamesmanship, Mr. Rakoff describes hardship, illness, death and depravity, knowing how ingeniously his book’s style and substance would fight each other....gift for balancing truth telling and humor....future readers can turn to this book to remember why he was so widely appreciated and is sorely missed"
--Janet Maslin, The New York Times

“The literary rhythm captures the steady momentum of American progress….poignant….beautiful and melancholy….with a final image that made my eyes well up….funny and heartbreaking and, like Rakoff himself, not easy to forget”
--Entertainment Weekly, A

“It’s terrific: a sweeping narrative of the 20th century that encompasses personal tragedy, family secrets and broad social movements while going down as easy as a bite of crème brûleé”
—Gregory Cowles, The New York Times Book Review


“Reading the new novel in verse by David Rakoff, you can hear his voice again, wordy, so witty, a little worried, and always wise…..His mordant humor, his compassionate vision, his moral questioning, his sharp honesty, they’re all intimately wedded to the meter and the zestful diction of the book…..But the new direction he takes in “Love, Dishonor, Marry, Die, Cherish, Perish” brings out the best in him, too, as he fits his voice into a tighter form without ever becoming a slave to that form. He is as vital, as blackly comic, as bursting forth with detail, as vernacular, and as poignant in metered verse as he is in his effortlessly long prose sentences. Each couplet here equally serves the structural rules, the story, and Rakoff’s matchless sensibility….The narrative is ambitious and has sweep…Agile, vivid, and entertaining”
—Boston Globe

“Even at six vivid verbs, the title doesn’t do justice to the breadth of this short, acrid, elusive, entrancing book.”
--Bloomberg

"Inspired...accessible, delightful....powerful.... alluringly designed by Chip Kidd and illustrated by the cartoonist Seth, is filled with the sly, sharp social commentary that made Rakoff such a favorite....What shines through in this novel, even more than in his nonfiction, is a piercing, wistful appreciation for life, love and art....deserves to become a classic.....a rare bird: moving, amusing, lilting, crushing."
--Heller McAlpin, NPR

“I just marveled at his words….What he’s created in this book is Seussian”
—Ira Glass, in an interview with O Magazine

“Beautiful and heartbreaking....delightful.... hilarious and lewd and shot through with a longing for life”
--New York Times


“A novel in rhyming couplets narrated in iambic tetrameter? Why not?... Along the way, you can have a lot of fun, no matter how serious the subject — family, sometimes alienating, sometimes consoling — because of the rhymes. Rakoff makes such pairings as virago and Chicago, ceases and paresis, skittish and Yiddish, antelope and envelope, horas and Torahs, Alzheimer's and climbers, for 100 cleverly rendered and entertaining pages.”
—Alan Cheuse, NPR.org

"[A] tour de force novel-in-verse....It is hard not to feel celebratory over its heart-singing smarts, its existence as a fist raised against a life ending. What melancholia is there is confined to its characters — it’s a triumphant, moving work of true craft and wit."
--Austin American-Statesman

"Truly singular....There is so much bound up in the novel's singsong verse: stories about AIDS and Alzheimer's, altruism, art, lives linked together by buried incidents that spring up again to bear unexpected fruit."
--Ira Glass, The Atlantic

"A fitting memorial to a humorist whose embrace of life encompassed its dark side....[the book] retains a spirit of sweetness and light, even as mortality and inhumanity provide a subtext.....Strong work. It deepens the impact that this was the last book completed by the author."
--Kirkus Reviews

David Rakoff was the New York Times bestselling author of the books Fraud, Don't Get Too Comfortable, and Half Empty. A two-time recipient of the Lambda Literary Award and winner of the Thurber Prize for American Humor, he was a regular contributor to This American Life. He died in August 2012 at the age of forty-seven, shortly after finishing this book.
Loading...
or
Not Currently Available for Direct Purchase