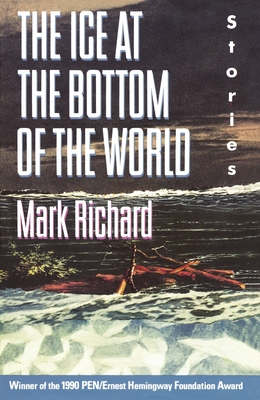 The Ice at the Bottom of the World

With a distinctive and original voice, Mark Richard's stories capture characters on the fringe of society, and illuminate the goodness at the heart of their Southern, down-and-out lies. Full of startling images and harrowing epiphanies, The Ice at the Bottom of the World is a collection by a true master of his craft. In these ten stories, Mark Richard, winner of the 1990 PEN/Ernest Hemingway Foundation Award, emerges as the heir apparent to Mark Twain, Flannery O'Connor, and William Faulkner.

Mark Richard is the author of two award-winning short story collections, The Ice at the Bottom of the World and Charity, and the novel Fishboy. His short stories and journalism have appeared in the New York Times, The New Yorker, Harper’s, Esquire, Vogue, and GQ. He is the recipient of the PEN/Hemingway Award, a National Endowment for the Arts fellowship, and a Whiting Foundation Writer’s Award. He lives in Los Angeles with his wife and their three sons.
Loading...
or support indie stores by buying on
(This book is on backorder)