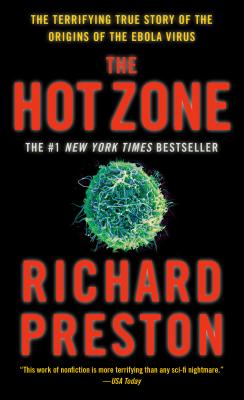 The Terrifying True Story of the Origins of the Ebola Virus

The bestselling landmark account of the first emergence of the Ebola virus.

A highly infectious, deadly virus from the central African rain forest suddenly appears in the suburbs of Washington, D.C. There is no cure. In a few days 90 percent of its victims are dead. A secret military SWAT team of soldiers and scientists is mobilized to stop the outbreak of this exotic "hot" virus. The Hot Zone tells this dramatic story, giving a hair-raising account of the appearance of rare and lethal viruses and their "crashes" into the human race. Shocking, frightening, and impossible to ignore, The Hot Zone proves that truth really is scarier than fiction.

Praise For The Hot Zone: The Terrifying True Story of the Origins of the Ebola Virus…

"One of the most horrifying things I've ever read. What a remarkable piece of work."
--Stephen King

"Popular science writing at its best and the year's most infectious page-turner."
--People

Richard Preston is the author of several books, most recently The Cobra Event. He is a regular contribuot to The New Yorker. He has also won the AAAS-Westinghouse Award and the McDermott Award in the Arts from MIT.
Loading...
or
Not Currently Available for Direct Purchase