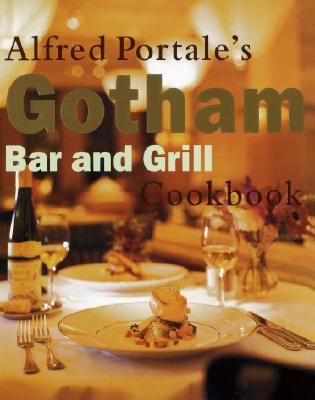 Home cooks rarely have the chance to learn about cooking firsthand from one of the nation's most revered chefs.  But in this cookbook, the first of its kind, Chef Alfred Portale offers his readers the opportunity to do just that.  The chef of the Gotham Bar and Grill offers not only recipes, but also a peek into the mind of a chef--sharing a host of suggestions, anecdotes, and advice designed to release the reader from recipe dependence and inspire him or her to think like a chef at home.

With Portale at the helm, the Gotham has won praise from the critical world (four consecutive three-star reviews from the New York Times), the public (rated among New York's top five restaurants in the last six Zagat surveys), and the culinary community (Portale was named Best Chef in New York by the James Beard Foundation in 1993).

In this book, Portale reveals the secrets that led to this success.  More than a hundred dishes, comprised of over two hundred recipes, await the reader.  But more than that, Portale has loaded these pages with notes on variations and flavor building that indicate how the recipes might be changed by a substitution of ingredients or enriched with additional elements.  There are also ample "thinking ahead" tips, and bountiful advice about special ingredients and techniques.

Portale also offers both restaurant and family-style presentation tips--magnificently brought to life by more than two hundred photographs--and explains the inspiration for many of his dishes, and how he turned that inspiration into culinary reality.

As he says in his introduction, "My hope is for you to be able to master these recipes and confidently use them in a variety of dishes and contexts of your own design, perhaps creating your own signature dishes."

After graduating first in his class from the Culinary Institute of America, Alfred Portale lived in France and worked in some of its most famous kitchens.  Shortly after he returned to the United States, he took the reins of the Gotham Bar and Grill, where he promptly established himself as one of the most influential figures in New American Cuisine.  He divides his time between New York City and East Hampton, Long Island.