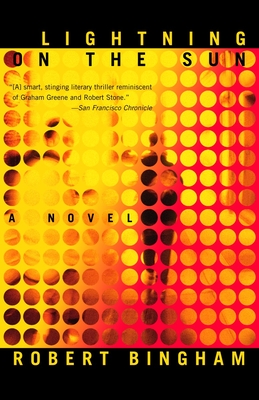 Lightning on the Sun

From the highly acclaimed author of Pure Slaughter Value comes this latter-day literary noir about an ex-pat in Cambodia eager to get home but taking all the wrong turns.

Asher went to Cambodia to get away from Julie, his Harvard grad ex-girlfriend currently tending bar in a topless joint in New York. But when his UNESCO work cleaning bat dung from Khmer statues is finished, and he decides on a dicey heroin scheme as his means to get home with plenty of money to spare, it's Julie whose help he solicits. She agrees, but plans go dangerously awry frighteningly fast. A pulsating plot and precise literary prose make Lightning on the Sun a startlingly compelling and strangely poetic tale.

Praise For Lightning on the Sun: A Novel…

“A powerful story about desire, greed, and the hope for redemption in a fallen world.”–Alan Cheuse

Robert Bingham was the author of the highly praised short story collection Pure Slaughter Value. He held an M.F.A. from Columbia and was a founding editor of the literary magazine Open City. His fiction and nonfiction appeared in The New Yorker, and he worked for two years as a reporter for the Cambodia Daily. He died in 1999.
Loading...
or support indie stores by buying on