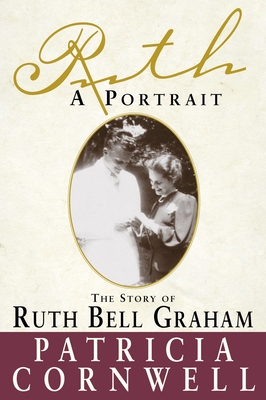 The story of Ruth Bell Graham

Ruth Bell Graham is known as the wife of evangelist Billy Graham. It was Ruth who influenced Billy, as his most trusted life-partner. In Ruth, a Portrait, we meet this fascinating and remarkable woman. Brimming with anecdotes, this is a breathtaking journey, with stops at many of this century's epoch-making events.

The childhood years of the future Mrs. Billy Graham were spent light-years away--in the China of the 1920s and 1930s. The daughter of medical missionaries, she and her family were caught in a crucible of unspeakable hardship; in addition to pestilence and plague, there was the unstable political and military turmoil surrounding the Nationalist government, the Communists, and the Japanese invaders. These hazardous realities shaped Ruth Bell and her family, a family inured to difficulties, but buoyed up by their deep belief in God's abiding will.

Virtually raised by the Grahams, the author is a repository of Ruth Bell Graham's stories and has seen firsthand the spirit of this courageous woman. Patricia Cornwell not only gives readers a full, rounded, and intimate portrait of Ruth Bell Graham, but also insight into the life of the Graham family and particularly Billy Graham.

Patricia Cornwell is considered one of the world's bestselling crime writers. Her intrepid medical examiner Kay Scarpetta first appeared on the scene in 1990 withPostmortem—the only novel to win the Edgar, Creasey, Anthony, and Macavity awards and the French Prix du Roman d'Aventure in a single year—and Cruel and Unusual, which won Britain's prestigious Gold Dagger Award for the best crime novel of 1993. Dr. Kay Scarpetta herself won the 1999 Sherlock Award for the best detective created by an American author. Ms. Cornwell's work is translated into thirty-six languages across more than fifty countries, and she is regarded as one of the major international bestselling authors.
Loading...
or
Not Currently Available for Direct Purchase