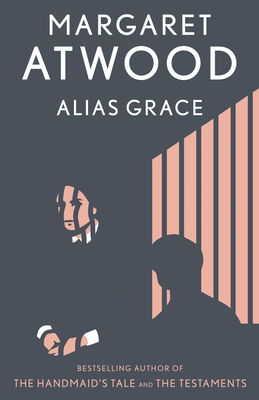 The bestselling author of The Handmaid's Tale and The Testaments reveals the life of one of the most notorious women of the nineteenth century in this "shadowy, fascinating novel" (Time). • A Netflix original miniseries.

It's 1843, and Grace Marks has been convicted for her involvement in the vicious murders of her employer and his housekeeper and mistress.

Some believe Grace is innocent; others think her evil or insane. Now serving a life sentence, Grace claims to have no memory of the murders. An up-and-coming expert in the burgeoning field of mental illness is engaged by a group of reformers and spiritualists who seek a pardon for Grace. He listens to her story while bringing her closer and closer to the day she cannot remember. What will he find in attempting to unlock her memories?

Praise For Alias Grace: A Novel…

"Alias Grace has all the pacing of a commercial novel and all the resonance of a classic." —The Washington Post Book World

"A stunning novel full of sly wit, compassion and insight, boasting writing that is lyrical, assured, evocative of time and place, and seductive in its power to engage us." —Houston Chronicle