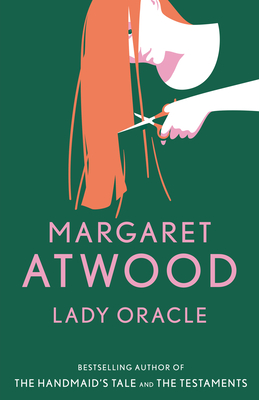 From the bestselling author of The Handmaid's Tale and The Testaments—the "brilliant and funny" story (Joan Didion, bestselling author of Let Me Tell You What I Mean) of a woman whose attempts to escape herself become instead an occasion for confronting the self-deception that has driven her since childhood

Joan Foster is a woman with numerous identities and a talent for shedding them at will. She has written trashy gothic romances, had affairs with a Polish count and an absurd avant-garde artist, and played at being a politically engaged partner to her activist husband.

After a volume of her poetry becomes an unexpected literary sensation, her new fame attracts a blackmailer threatening to reveal her secrets. Joan’s response is to fake her own death and flee to a hill town in Italy.

Studded with hair-raising comic escapades and piercing psychological insights, Lady Oracle is both hilarious and profound.

“A rich, subtle, deep, delicate, nourishing book. It’s all joy, but it stays with you. She has things to tell us.” —The Philadelphia Inquirer

“Brilliant and funny. I can’t tell you how exhilarating it was to read it—everything works. An extraordinary book.” —Joan Didion