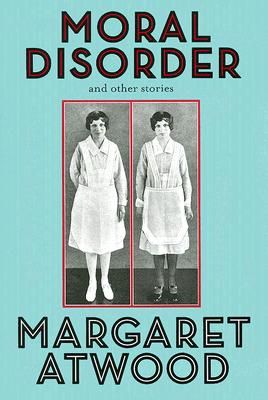 “The Bad News” is set in the present, as a couple no longer young situate themselves in a larger world no longer safe. The narrative then switches time as the central character moves through childhood and adolescence in “The Art of Cooking and Serving,” “The Headless Horseman,” and “My Last Duchess.” We follow her into young adulthood in “The Other Place” and then through a complex relationship, traced in four of the stories: “Monopoly,” “Moral Disorder,” “White Horse,” and “The Entities.” The last two stories, "The Labrador Fiasco" and "The Boys at the Lab," deal with the heartbreaking old age of parents but circle back again to childhood, to complete the cycle.

By turns funny, lyrical, incisive, tragic, earthy, shocking, and deeply personal, Moral Disorder displays Atwood’s celebrated storytelling gifts and unmistakable style to their best advantage. As the New York Times has said: "The reader has the sense that Atwood has complete access to her people's emotional histories, complete understanding of their hearts and imaginations.”

Praise For Moral Disorder: and Other Stories…

“Her stories are sophisticated, reticent, ornate, stark, supple, stiff, savage or forgiving; they are exactly what she wants them to be. They are stories from the prime of life.”
— Times Literary Supplement

"In this superb new collection of short stories, Atwood displays the same intellectual fearlessness and wit of her other books, but this time tempered with a compassion and richness of portraiture that will surprise even her most avid fans....Following the protagonist Nell through her adolescence and adulthood in these stories is like staying up all night every decade or so with an old friend. Each intense encounter builds on a shared and cumulative history between character and reader, and Atwood's magic is such that we not only sense Nell's psychological development over the course of these stories, but we mature ourselves as a consequence of reading them."
-- The Boston Globe

"Atwood's meticulous stories exert a powerful centrifugal force, pulling the reader into a whirl of droll cultural analysis and provocative emotional truths. Gimlet-eyed, gingery, and impishly funny, Atwood dissects the inexorable demands of family, the persistence of sexism, the siege of old age, and the complex temperaments of other species (the story about the gift horse is to die for). Shaped by Darwinian perspective, political astuteness, autobiographical elements, and a profound trust in literature, Atwood's stories evoke humankind's disasterous hubris and phenomenal spirit with empathy and bemusement."
-- Booklist (starred review)

"Atwood mingles omniscient with first-person narrative, moving backward and forward in time through nearly seven decades, to portray her sentient protagonist Nell, a freelance journalist and sometime teacher whose eventual commitment to writing seems born of the secrets and evasions into which a lifetime of relationships and responsibilities propels her....Crisp, vivid detail and imagery and a rich awareness of the unity of human generations, people and animals, and Nell's own exterior and inmost selves, make Moral Disorder one of Atwood's most accessible and engaging works yet."
-- Kirkus Reviews (starred review)