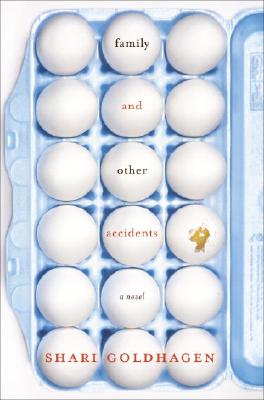 Family and Other Accidents

Separated by a decade and 200 points on their SAT scores, Jack and Connor Reed have a life in the Cleveland suburbs held together by spit and Chinese takeout. With his self-absorbed, over-the-hill parents dead by his twenty-fifth birthday, Jack has abandoned his own plans and returned to his parents' house where he works marathon hours at his late father's law firm, beds young paralegals, and throws money and advice at his teenage brother. Connor meanwhile wants nothing more than to leave the Midwest, start a family early, and do everything the way his parents didn't. But over the years, through the car crashes and bad break-ups, the illnesses and illicit affairs, both realize that while circumstances are sometimes beyond control, there are always choices to be made.
"Family and Other Accidents" tells the story of these brothers from their viewpoints as well as from those of their girlfriends, wives, and children. It is a story of what it means to be a family, to love unconditionally in the face of confusion, anger, and regret. Shari Goldhagen's debut is a finely nuanced, universally resonant portrait of the ties, however strange or awkward, that bind families together through the decades.