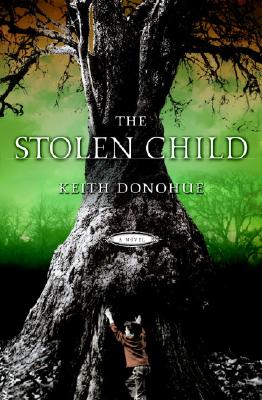 Inspired by the W.B. Yeats poem that tempts a child from home to the waters and the wild, The Stolen Child is a modern fairy tale narrated by the child Henry Day and his double.

On a summer night, Henry Day runs away from home and hides in a hollow tree. There he is taken by the changelings—an unaging tribe of wild children who live in darkness and in secret. They spirit him away, name him Aniday, and make him one of their own. Stuck forever as a child, Aniday grows in spirit, struggling to remember the life and family he left behind. He also seeks to understand and fit in this shadow land, as modern life encroaches upon both myth and nature.

In his place, the changelings leave a double, a boy who steals Henry’s life in the world. This new Henry Day must adjust to a modern culture while hiding his true identity from the Day family. But he can’t hide his extraordinary talent for the piano (a skill the true Henry never displayed), and his dazzling performances prompt his father to suspect that the son he has raised is an imposter. As he ages the new Henry Day becomes haunted by vague but persistent memories of life in another time and place, of a German piano teacher and his prodigy. Of a time when he, too, had been a stolen child. Both Henry and Aniday obsessively search for who they once were before they changed places in the world.

The Stolen Child is a classic tale of leaving childhood and the search for identity. With just the right mix of fantasy and realism, Keith Donohue has created a bedtime story for adults and a literary fable of remarkable depth and strange delights.


Praise For The Stolen Child…

“The Stolen Child is unsentimental and vividly imagined. Keith Donohue evokes the otherworldly with humor and the ordinary with wonder. I enjoyed it immensely.”
--Audrey Niffenegger, author of The Time Traveler’s Wife

"An ingenious, spirited allegory for adolescent angst, aging, the purpose of art, etc., that digs deep. Grade: A"
--Entertainment Weekly

"Donohue has done the remarkable in fashioning an inaugural effort that fairly begs the term 'classic.' Indeed, it's tempting to compare his work here to that of Barrie, Baum, and even Tolkien--not just as a fanciful exploration of a childhood surrendered, but for its visual imagery and magic prose. But that simply wouldn't be fair since it stands tall of its own accord."
--Pittsburgh Post-Gazette

"The Stolen Child is a truly remarkable work on the ancient legend of the changeling. Keith Donohue's poignant take on the myth, rooting it in our time, and telling it from the alternating viewpoints of the two changelings, makes for one of the most touching and absorbing novels I have read in years."
--Peter Beagle, author of The Last Unicorn

"A haunting debut...Donohue keeps the fantasy as understated as the emotions of the characters, while they work through their respective growing pains. The result is an impressive novel of outsiders whose feelings of alienation are more natural than supernatural."
--Publishers Weekly

"Enchanting...Donohue seamlessly blends the fantastical with the real here, with a matter-of-fact approach to the magic that exists on the edges of everyday life. This is a mysterious journey told in lyrical prose."
--BookPage

“Keith Donohue has gone to the far margins of risk to bring back a strange and wonderful tale of Henry Day/Aniday, changeling and stolen child, set to his prose's unearthly music."
--Brian O'Doherty, author of The Deposition of Father McGreevy