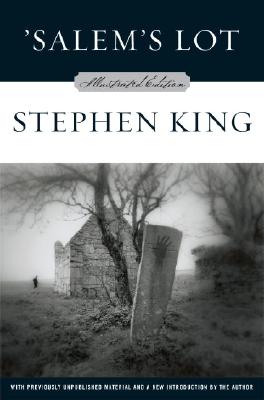 Upon its initial publication in 1975, Salem’s Lot was recognized as a landmark work. The novel has sold millions of copies in various editions, but it wasn’t until Centipede Press published a special limited edition in 2004 that King’s masterpiece was brought to brilliant and eerie life. With the addition of fifty pages of material deleted from the 1975 manuscript as well as material that has since been modified by King, an introduction by him, and two short stories related to the events of the novel, this edition represents the text as the author envisioned it. Centipede’s deluxe edition, of which only 900 copies were printed, features lavishly creepy photographs by acclaimed photographer Jerry Uelsmann, printed interior endpapers, and a stunning page design.

Doubleday is proud to make this volume, printed from the original design of the Centipede Press edition, available to the general reader. No King aficionado’s library will be complete without owning this definitive illustrated edition of the great Salem’s Lot.

Stephen King is the author of more than forty novels and two hundred short stories. In 2003 he received the National Book Foundation Medal for Distinguished Contribution to American Letters. He lives in Maine with his wife, novelist Tabitha King.
Loading...
or
Not Currently Available for Direct Purchase